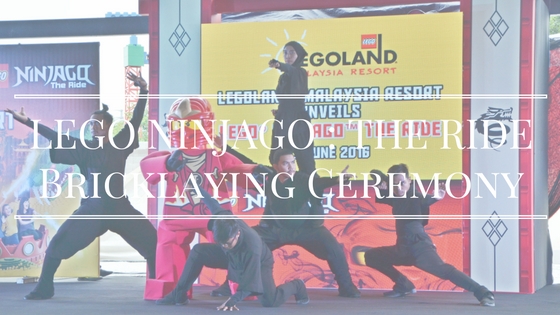 I was back in LEGOLAND Malaysia Resort on the 27th of June for LEGO Ninjago: The Ride bricklaying ceremony.

Any of you heard of LEGO Ninjago before? Based on the popular LEGO Ninjago series on Cartoon Network, it is about 4 young ninjas Kai (Master of Fire), Jay (Master of Lightning), Cole (Master of Earth), and Zane (Master of Ice) who are brought together by Master Wu to form a team to stop the evil Lord Garmadon and his skeleton army. 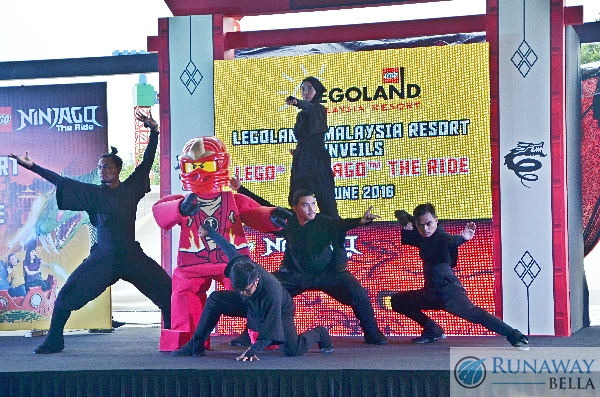 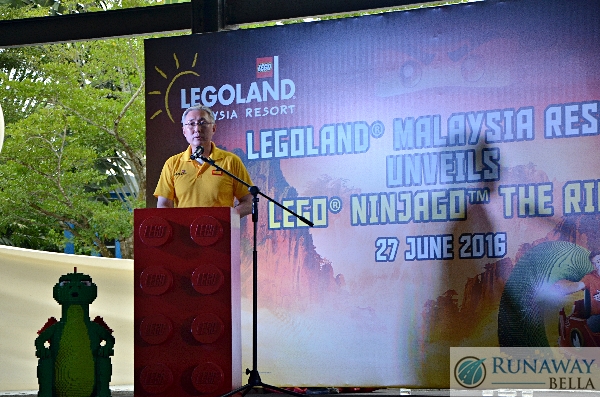 On the day of the bricklaying ceremony, the Managing Director of LEGOLAND Parks who flew in from Denmark on the same day, Mr Hans Aksel Pedersen said, “NINJAGO The Ride represents a new class of LEGOLAND attraction in terms of technology, immersion and interactivity. The entire Merlin’s Magic Making team is excited to see how guests reach to what will be a world first and completely unique theme park experience.” 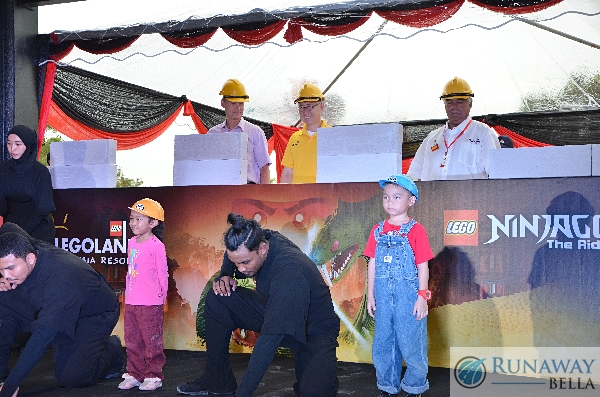 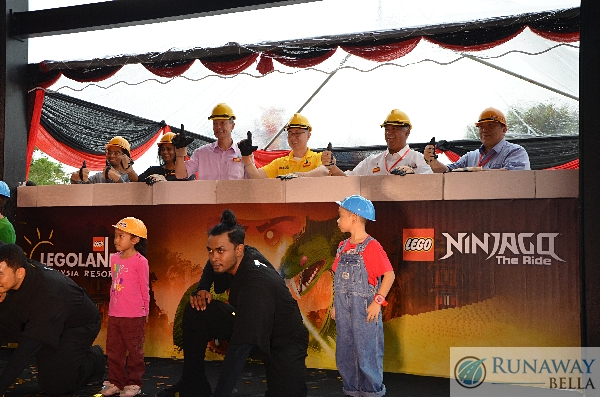 LEGO NINJAGO: The Ride will allow you to be one of the ninjas and throw lightning bolts, move shockwaves, send ice soaring and emit fire balls with 4D technology manufactured by Triotech. Triotech, is a world leader in media based interactive attractions that features Maestro hand gesture technology that will enable riders of The Ride to control the outcome of their adventure through the power of their hands – just like a ninja! Under the guidance of Master Wu, riders will be able to vanquish a legion of enemies from snake tribes, ghosts and skeletons to the Great Devourer.

Maximum riders per car are 4 people and they will be collecting points for the training and battle efforts throughout the ride and scores are then displayed after they complete their quest. There will 4D effects such as heat, smoke and wind incorporated throughout the adventure as well, giving riders the ultimate interactive experience.

The park, estimated at more than RM40 million is set to open to public in November this year. The LEGO NINJAGO: The Ride will be housed in a brand new section of the Park called NINJAGO World.

This means, there will be more fun and games for young and old visitors alike as more theme park is added at LEGOLAND Malaysia Resort. Hopefully there will be more activities that can be joined by guests as well, maybe a yearly event for Ninjago fans?

As for me, I certainly can’t wait for NINJAGO World to open at LEGOLAND Malaysia Resort this November 2016 and get on the LEGO NINJAGO: The Ride myself. But first, let me practice my Spinjitzu moves and don my ninja attire.