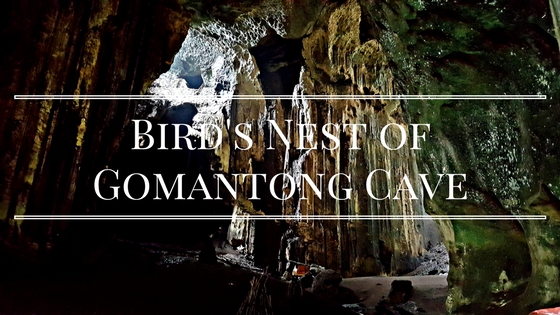 Gomantong Cave is not your regular cave to be spelunking or burn some calories at. What’s special about this cave is the high valued bird’s nest – a form of supplement that is especially famous among the Chinese for it’s alleged health benefits. There are two bird’s nest caves of Gomantong but my friends and I only visited the “Black Cave” or called “Simud Hitam”. 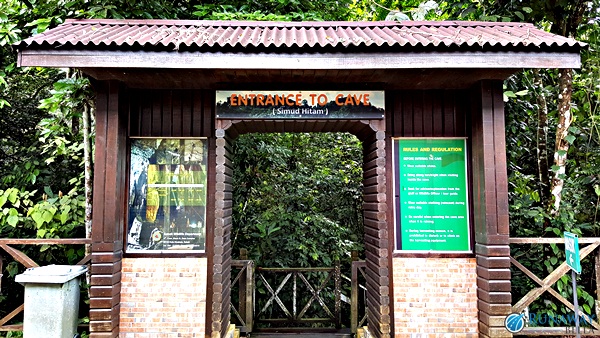 Gomantong Cave is located in Gomantong Hill, a Gomantong Forest Reserve Class VI (Virgin Forest). It happens to be the largest limestone outcrop in the Lower Kinabatangan area. There are at least 19 caves in the limestone hills. At Gomantong Cave though, there are two complexes; the White Cave (Simud Putih) and the Black Cave (Simud Hitam). 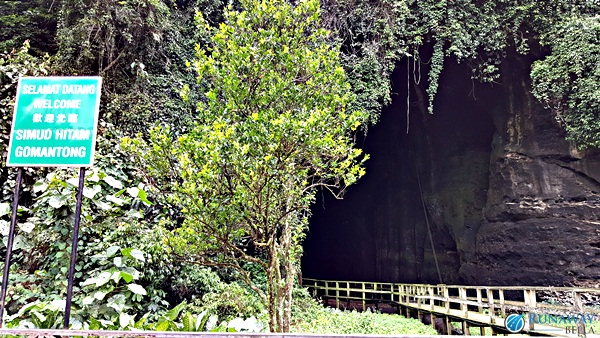 My friends and I visited the Black Cave, about a 5-minute walk from the entrance. If you’re lucky, you would be able to see some wildlife along the way like the orangutan or Proboscis Monkey. We saw some orangutans on our way to the cave that day. There are many birds too but unless you have a DSLR with good zoom-in lens with you, it is quite hard to take photos of the birds.

Right outside of the Black Cave, you will see a squatter home that are prepared for the bird’s nests collectors to live in.

Gomantong Black Cave is about 90 metres in height. 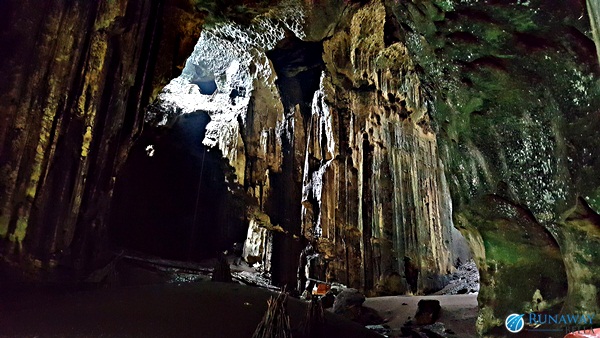 I think the first thing you will not miss the moment you step into the cave is the smell. And I’m not just talking about the usual bat-shit whiff coming your way. I am talking about another smell, a smell I really hate – cockroaches. Yes, there are thousands, no, millions of cockroaches in this cave. You’re bound to step on someone’s mother or cousin’s auntie as you walk on the boardwalk in the cave.

Maybe you wouldn’t mind the insects, but I have a problem with flying cockroaches so, it really took my excitement away. I didn’t even stay in one place long enough to take a good photo because I just had this creepy feeling that one or two would sneak up my pants.

If you’re planning to come to this cave, maybe you would like to wear shoes that you don’t really care for anymore. Because apart from stepping on roaches (dead or alive), you would be stepping on so much guano, you could fall into deep shit, literally.

There are millions of bats residing in this cave, including Wrinkle-lipped bat, Philippine Horseshoe bat and Fawn Leaf-nosed bat. There are some scorpions too so, be careful. Make sure you bring a torch to help light your way and a poncho to protect you from “accidental” shit landing on your head.

I was told that it would take 40-minutes to hike to the White Cave. However, the White Cave is not opened for public, one of the reasons being that the bird’s nests from the White Cave are of higher quality and more expensive. This is because “white nest” consist of almost entirely of bird saliva. The bird’s nest in the Black Cave on the other hand are called “black nest”. The black bird’s nests requires more labor to clean them from birds feathers, twigs and dirt that are attached to it.

There was one moment though, when I was mesmerized by the “lighthole” at the back of the Black Cave. When the sun is shining at an angle, the scene is quite beautiful.

Gomantong White Cave is located behind the mountains, outside the “lighthole”.

How to get there?

There are no public transport to get here but guests who are interested to come here can drive (rent a car) from Sandakan town, a journey of 112 kilometres. which will take about 1hour 50 minutes. You can also contact any local tour operators to take you there. If you are planning to do research at other areas of Gomantong, you would have to contact the Gomantong Forest Reserve and get permission from the Forestry Department first.

Other Fees: RM30 (Cameras except handphones)