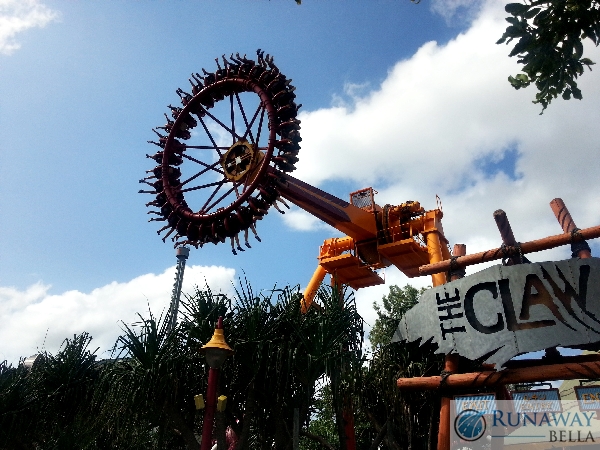 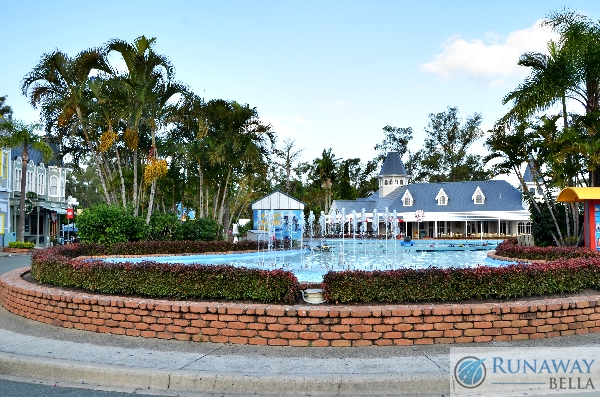 My trip to Gold Coast, Australia was not just for the Skydiving, Hot Air Balloon ride or lazing by the beach watching hot surfer dudes tackling the ocean curls. We were there for a week and so I planned to go to Springbrook National Park while my friend wanted to have fun at either Gold Coast’s Dreamworld or Movieworld.

That being said, theme parks can also be slightly pricey, with many types of packages and combinations offered. So you better plan and make the right choice. My friend chose the 3in1 Pass which includes entry to Dreamworld, White Water World and Skypoint Observation Deck at AUD90 (online purchase).

Dreamworld is not as near as we thought it would be.

We were staying at Surfers Paradise and the distance from Surfers Paradise to Dreamworld is about 25km which took about 30minutes by car via the Pacific Motorway. There’s a cheaper option of course, via the tram and bus, but the routes was kinda confusing to us, so we decided to just go with a van transfer.

The van company was suggested by our apartment reception which was a AUD20 for a return trip. There are a few trips available throughout the day, the first being 8am, followed by subsequent hours. We woke up late on that day though and took the 10am transfer to Dreamworld instead.

The ticketing system is simple and quick.

Since we purchased the 3in1 package online and Dreamworld was our first point, we had to queue at the World Pass making section where we showed our printed e-ticket (or you can show the one in your email but since we did not have internet data, we printed the e-tickets).

All you have to do is look into the camera at the counter, they take your picture and in less than 5minutes, your World Pass is made and you can use that pass to any of the 3 places included in the package for a period of 1 year (or less). 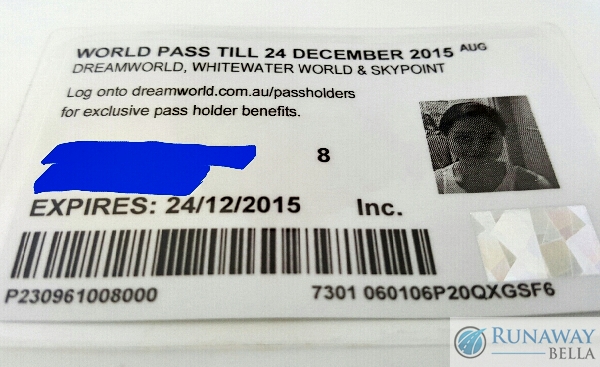 Our pass expires on 24th December 2015. So if we want to go to these 3 places again during our 1 week stay or if we’re coming back to Gold Coast before 25th December, we would be able to enjoy the theme parks and Skypoint for free (as long as we have the pass with us).

Turn Into A Child At Dreamworld

The minute we entered Dreamworld and saw Po, we turned quite crazy.

I was more into the extreme games, like the Giant Drop which is an Intamin drop tower of a 394 feet tall with a free fall that lasts about 3 seconds at a speed of 135 km/h. Well, not a surprise I would prefer this type of ride right?

That 3 seconds drop got my adrenaline pumping and high for almost an hour. Which is not a surprise that I went on that ride more than once.

The Tower of Terror II is not bad either, going at a speed of 161 km/h at the max height of 377 feet and lasting for 28 seconds, just make sure you lean your head back so you don’t sprain your neck.

Hence why we went on all the other rides (including the kiddy rides like Shrek’s Ogre-Go-Round).

However, if you have low blood pressure like myself, I recommend you to eat and stock up on fluids because halfway through the day with all the spinning rides and high speed rides, you might start feeling dizzy and get a major migraine. The food and drinks may be slightly pricey but it’s better than falling sick halfway through a fun day out.

So by then, I had to skip the WipeOut and The Claw for fear I would puke.

The rides at Dreamworld is divided into three:

And then there were the tigers. Tiger mamas, tiger cubs, just lots of tigers. Did I say I love tigers?

By the end of the day before we transfer back to our apartment, I was giddy and laughing all the way. I did get on the Giant Drop one last time before exiting Dreamworld. Yes, I am an adrenaline junkie.

If you’re planning to go to Gold Coast Australia but have no idea what to do there, why not go to Dreamworld and enjoy yourself? If you have kids, turn into a kid yourself and get on all the rides available with them. A whole day just seemed not enough to enjoy all the rides in Dreamworld!

I’m sure glad I went to Dreamworld. Maybe I’ll return to Gold Coast for it’s other attractions someday.