Usually when I travel, the best way for me to see local things and the goings-on of the locals will definitely be when I do a walk about on my own or with a friend. I find myself being immersed in the details more as I walk slowly from one place to another rather than if I just pass by in a car or on a tourist bus.

It may be slightly tiring but if that’s going to be the case, always remember to bring a water bottle and wear comfortable shoes!

When I was in Macao recently, I end up taking a slow stroll that lasted for about 5 hours and saw a great many things – apart from taking great many photos too! 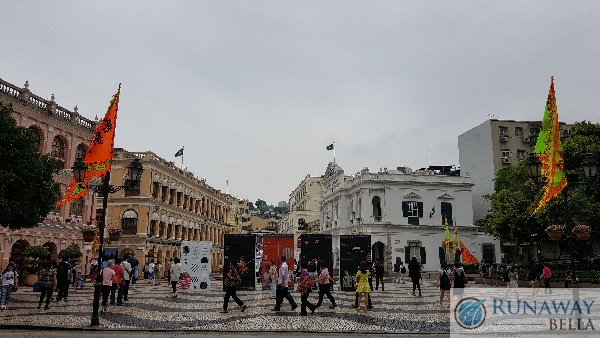 Senado Square is definitely one of Macao’s busiest location where tourists and locals alike like to hang out, shop or just take photos. Apart from sitting at the fountain or shop at shops like SaSa, Padini, Body Shop, Swarovski or eating at McDonald’s, there is the “Leal Senado” Building and the Holy House of Mercy for you to visit too.

The “Leal Senado” Building, originally built in 1784 is Macao’s municipal office. There is a library on the 1st floor although, I didn’t manage to sneak in. It is said that it takes the Biblioteca do Convento de Mafra as its model. The library holds many collections of foreign texts from the 17th century all the way to 1950’s, especially documenting Portugal’s role in Africa and the Far East.

I only went to the back garden though, a small yet serene place to relax the mind and the eyes. I wouldn’t mind sitting out there for hours in the shade, surrounded by many colourful flowers. It is a very pretty place. 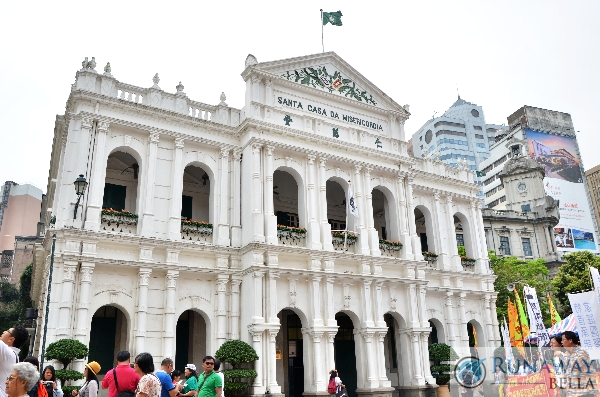 The neo-classical building was first founded by the first bishop of Macao in 1569 where it was first set up as a western-styled hospital in China. They also housed a nursery and orphanage.

Today, there is an in-house museum. The well-kept building contains implements given to the Chinese or how to aid missionaries. It holds the history of how Catholicism was established in Macao.

The St. Dominic’s Square is only a few meters away from Senado Square. It is another place for people to hang out or just rest their weary feet. The square lies in front of the St. Dominic’s Church. 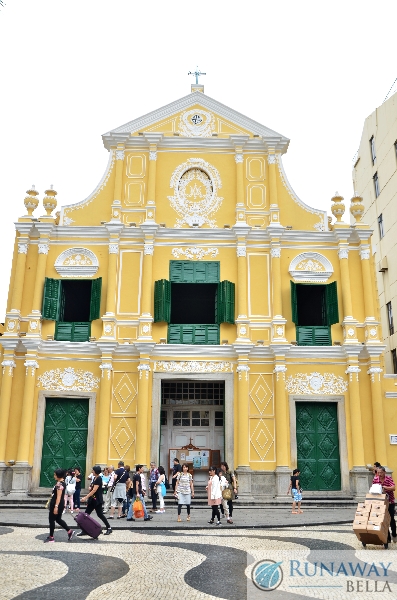 It is not hard to miss the St. Dominic’s Church, with it’s dark yellow and white paint. This church was built by Dominican priests in 1587 and this was the first church built in China. The original church was constructed from wooden slats. The St. Dominic’s Church is dominant with Baroque architecture, especially it’s altar. There’s also a small museum in the church that holds a collection of over 300 Macanese Catholic artifacts. 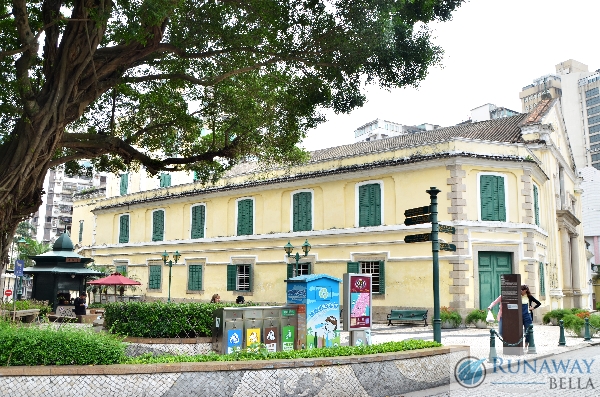 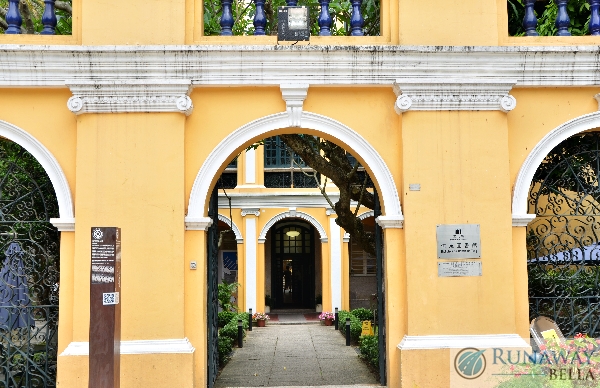 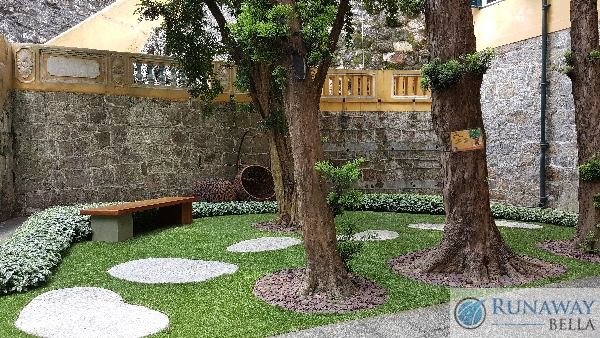 Stepping into Sir Robert Ho Tung Library’s compound gave me a different vibe, feeling all relaxed and peaceful. This is mainly due to the large trees and plants lining the way to the library’s entrance. Not only that, the shaded area make you want to just pop out a book, sit and spend the whole day reading.

The building, constructed in 1894  was originally the residence of Dona Carolina Cunha. After it was purchased by Sir Robert Ho Tung, a wealthy businessman from Hong Kong, he used it as his summer villa until he passed away. According to his will, the building was donated to the Macao to be used as a public library.

The library has private reading areas in the upper level. There is also a small garden in the building. 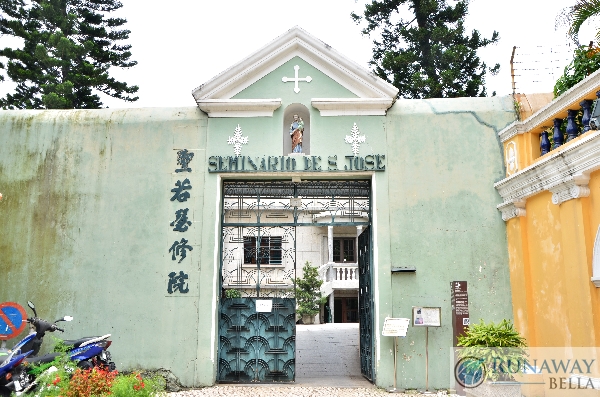 The seminary was first constructed in 1728 whereas the church was built later in 1758. The building was built in the Baroque style, seen in the arc-shaped line on the lintel, that is rarely seen in Macao. In a way, it has many similarities with the St. Paul’s Church.

This building is only about 30 steps away from Sir Robert Ho Tung Library.

The Church was constructed by a group of Spanish Augustinian priests from wood in 1586. In those days, the priests used Chinese fan palms to cover the Church’s roof when it rains. The palm leaves blowing in the wind looked like a bearded dragon, which brought the other name of the church called “Long Song Miu” or translated as Temple of the Long-whiskered Dragon. 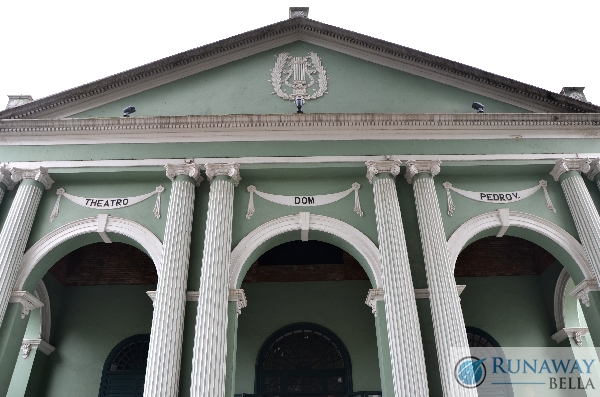 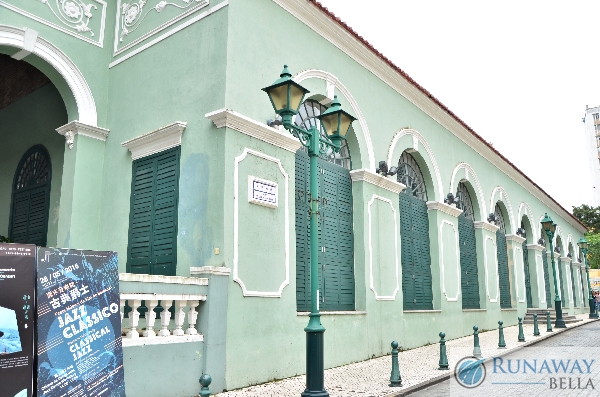 This theatre was built in 1860 by the Portuguese to commemorate King Pedro V. This is the first western-styled theatre in China. It was originally used by the local Macanese for important events and celebrations. However now it is also a venue for staging plays and concerts.

Walking to Lilau Square, you’ll realize that it is more quieter here and there are less crowd. I like it here better than the other squares.

Lilau, in Portuguese means “mountain spring”, where this used to be the principal source of water in Macao. Since the location of Lilau is close to the Inner Harbour, it is the first place inhabited by Portuguese settlers. Which is why it is no surprise that the buildings around Lilau Square are mostly Portuguese style and very Southern Europe-influenced. 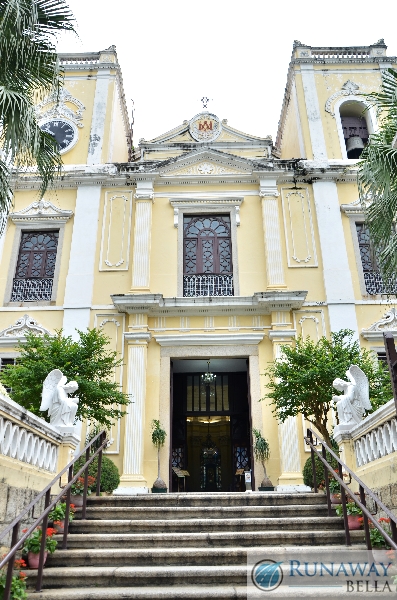 Located right smack at Lilau Square, St. Lawrence Church is said to be the most prominent building at the area, where most of the Portuguese settlers will come for prayers. Originally built in mid-1600’s, it is one of the three oldest churches in Macao. The are surrounding the church used to be an affluent neighbourhood, hence why the building is grander and the architecture is slightly different than the other churches. It is neo-classical with a hint of Baroque. 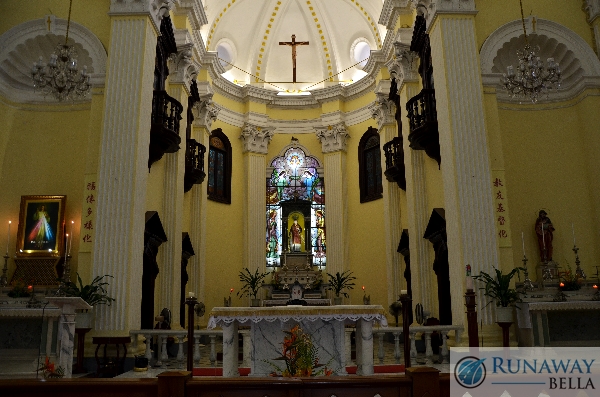 The interior of the church is as grand as the exterior. With stained glass windows and a large altar, this is definitely a beautiful looking church. 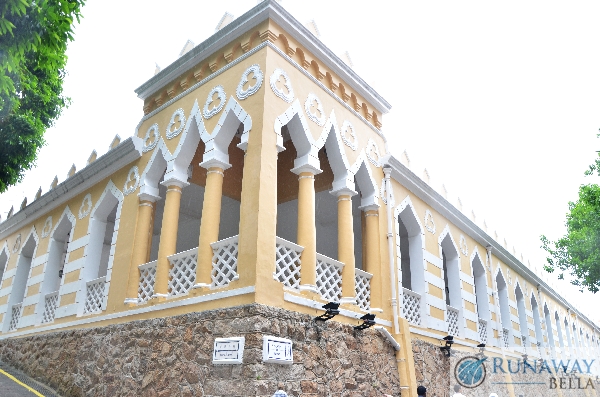 As I walk along, I came across the Moorish Barracks that looked very different than the other buildings that I’ve seen so far. The building shows Islamic influence in its designs so it would seem slightly out of place. The building, built in 1874 by and Italian architect Cassuto was said to accommodate Indian regiment from Goa. Now however, the building housed offices of Marine and Water Bureau of Macao SAR.

I imagine the building would look really beautiful at night, once the lights are on. 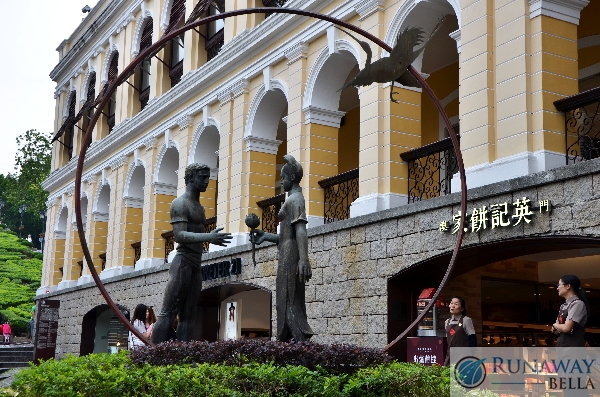 At first, I didn’t even know that the name of the square in front of Ruins of St. Paul’s is called Company Of Jesus Square. There are many buildings surrounding this square and most of then were constructed between 1920 and 1930. There are also two buildings that are 19th century neo-classical.

This square is also bustling with activities, with people taking photos near Ruins of St. Paul’s, shops selling food and also pathway heading back to Senado Square. 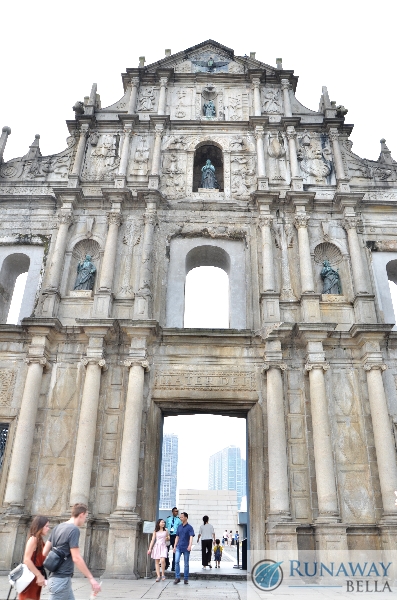 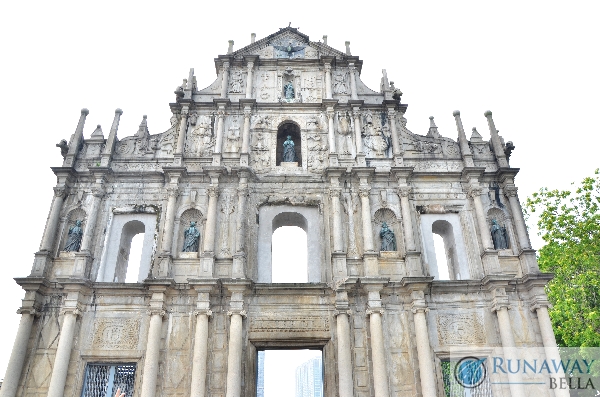 The Church of Mater Dei was built in 1602-1640 and the Ruins of St. Paul’s is the facade of what remains of that church. This church was part of St. Paul’s College, the first western-styled university in the Far East.

In 1835, there was a fire and the College and church were burnt, leaving only the facade, most of the foundation and the front steps. There’s a mix of both eastern and western styles on the facade. Ruins of St. Paul’s functions symbolically as an altar to the city.

Did you know there’s also Ruins of St. Paul’s in Malaysia’s own state of Malacca?