It was a bright sunny morning that day, a perfect day to get out and soak the sun. The temperature was about 14ºC with a little wind but it did not deter me from enjoying myself. It was only a few walks to Shinhwa Theme Park from Jeju Landing Resort, where I stayed for 3 nights.

Shinhwa Theme Park is one of many attractions to be found in Jeju Shinhwa World. Opened officially in September 2017, it is a theme park fit for both children and adults.

I wouldn’t want to pass up the chance to try out the games at the theme park – especially on such a beautiful day. 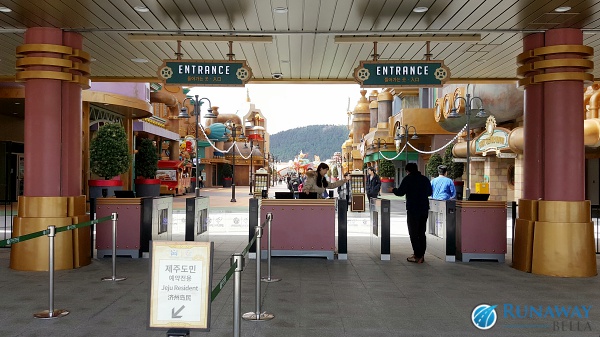 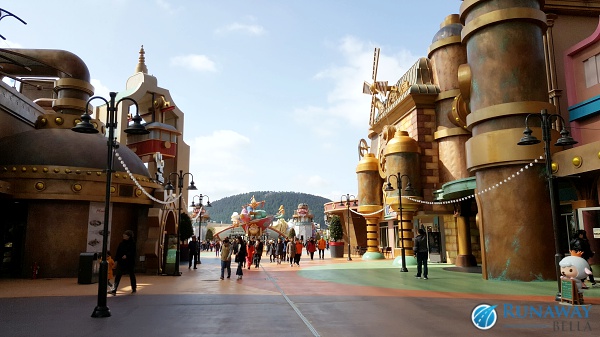 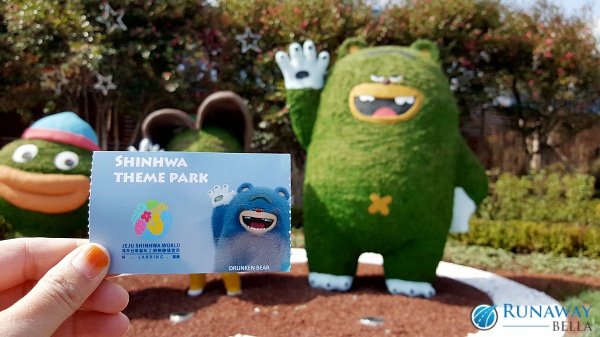 The theme park is located right next to the hotel I was staying, which made access to it so much easier. I was in Jeju at the end of March 2018 and the weather was still a little cold to some (although I loved it actually). So, if you’re one who can’t stand the cold, a thick parka or windbreaker would be essential.

Ticket price for adults was 39,000 Won, but price for locals are slightly cheaper. Children tickets are priced at 35,000 Won. Ticket prices vary according to seasons. There are some websites online that sells cheaper tickets sometimes so if you’re thinking of going to Shinhwa Theme Park soon, you should quickly purchase the better deal online.

What Can You Find At Shinhwa Theme Park?

Stepping into the theme park, I was surprised that there were not many visitors. I had to remind myself that Spring was yet to come and it was not a public holiday. Maybe it also has to do with the fact that it was relatively very new. Plus, I went there on a weekday.

I prefer it this way actually – at least I could try out every ride available. 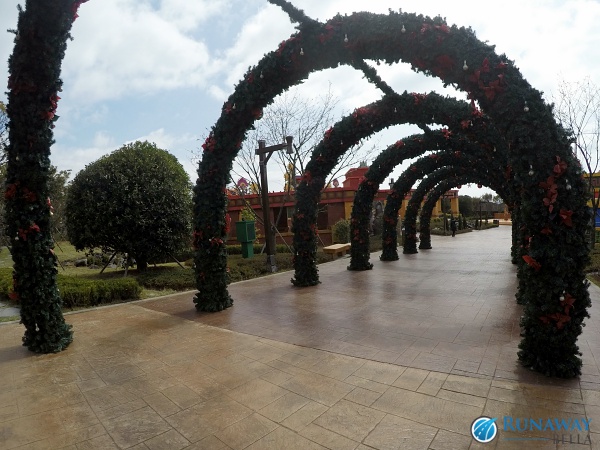 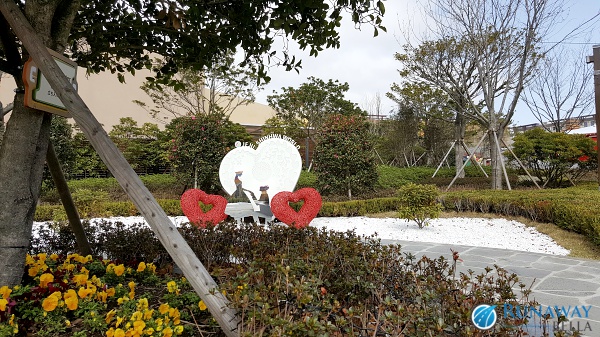 Shinhwa Theme Park is an attraction developed in collaboration with TUBAn, a Korea-based global 3-D animation studio that brought the animated LARVA characters to life.

There are three zones in the theme park:

First thing I did when I got in the theme park was to get the map. Then, I planned my way and the rides I want to get on. 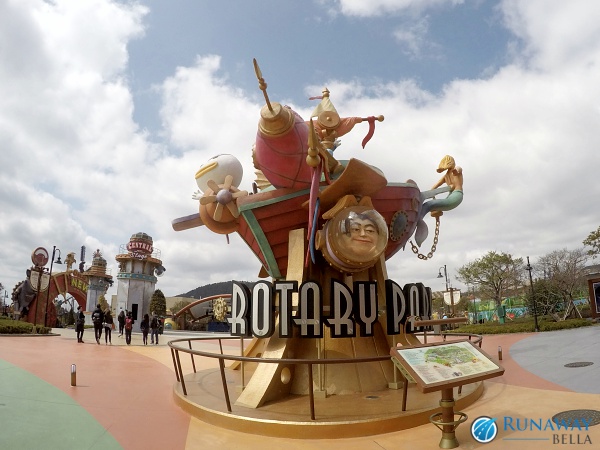 I started with the Rotary Park first. Not only because it was closest to me, but also because it had a crazy ride called Flying Whirl that I knew would make me hurl if I rode it. Which, if you had just eaten an hour before (like I did), I wouldn’t recommend this ride.

Note: Just like every other theme park in the world, you will have to leave loose items aside when you get on the rides. There are lockers available to store your bags or cameras.

There are many Food & Beverage outlets in here so if you did hurl after any of the rides, you can top up by going in to the many F&B outlets available. To my Muslim brothers and sisters though, there are no Halal restaurants in Shinhwa Theme Park or any of the restaurants in the resort. In my case, I only have the safer option – seafood. 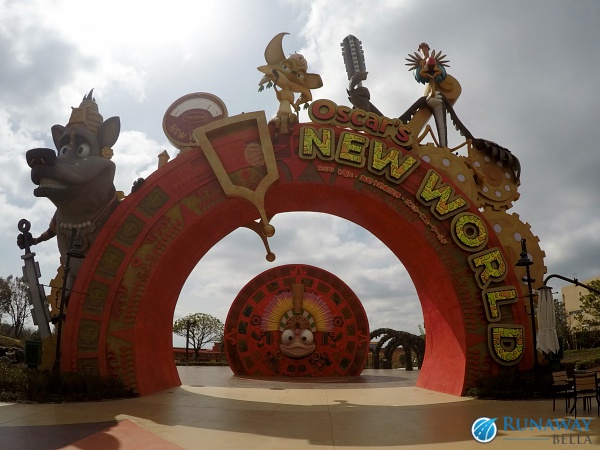 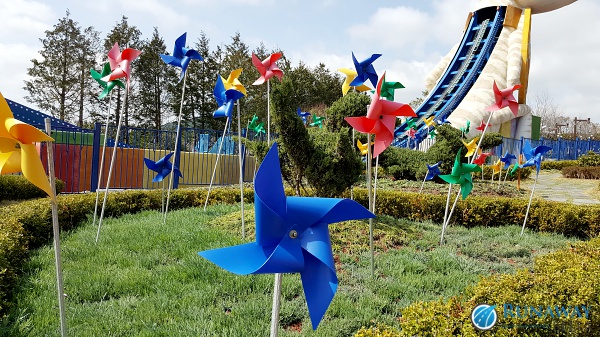 After Rotary Park, I went to Oscar’s New World and my favourite ride was Oscar’s Spin ‘n Bump. I was certainly spun around feeling the cold wind slapping my cheeks – while standing, no less! When I first saw the ride, I thought it wasn’t a very extreme ride but once the velocity of the spinning increases, my adrenalin increases as well.

At Oscar’s New World, I also went on the Dancing Oscar and Oscar’s Dragon. These two rides are suitable for both children and adults. I can’t help but notice however, many of the rides in Shinhwa Theme Park are always spinning upside down. 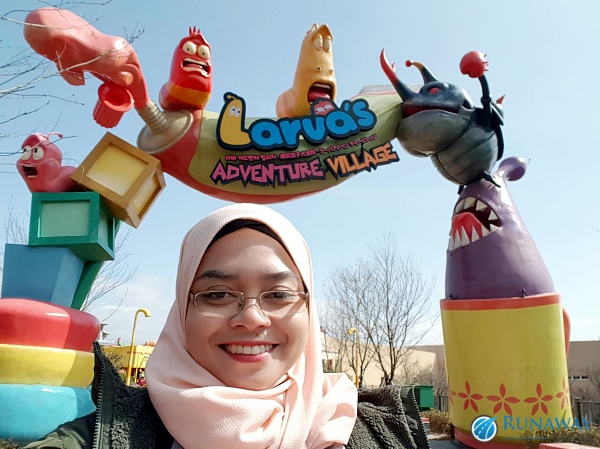 I went on to my next stop – Larva Adventure Village. This one was the cutest and probably the most popular with the children.

Larva Adventure Village’s Larva World Express was so cute, I just couldn’t handle it! And believe it or not, I actually rode Larva’s Sweet Carousel too. 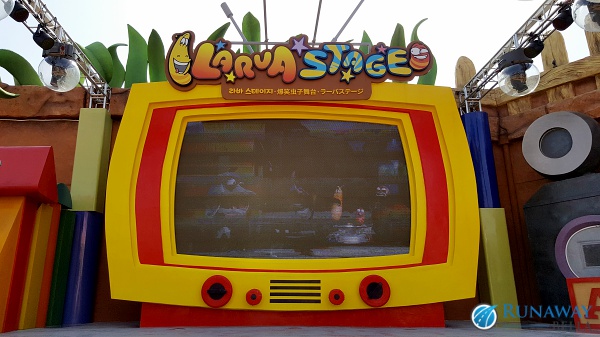 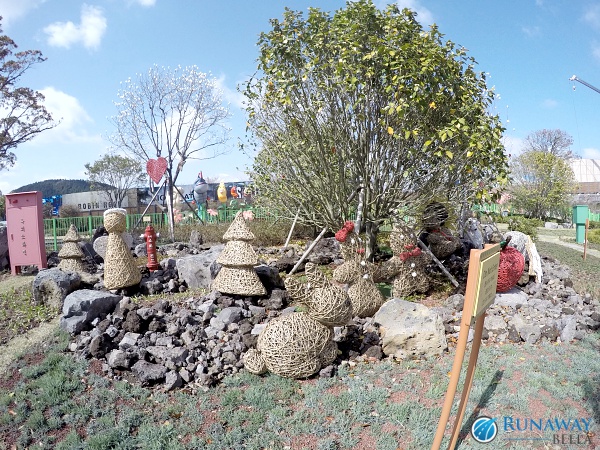 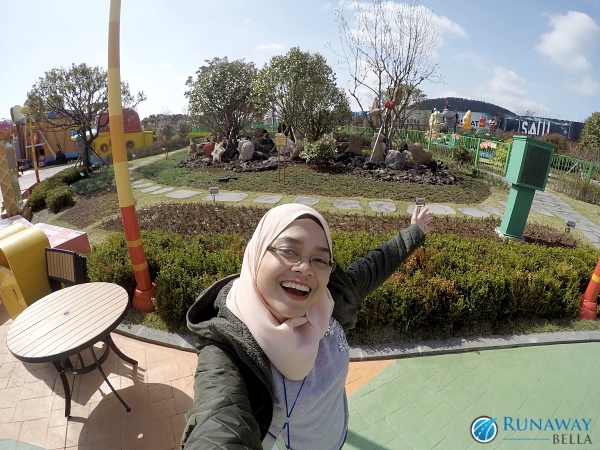 There’s Larva’s Stage that sometimes has the Larva’s Fun Fun Magic Show. However, when there’s no magic show, the large screen would be showing videos of Larva going through all sorts of adventures together. Believe it or not, I actually sat watching the videos (accompanied by cute children) for 30 minutes in the cold weather because the two characters were so adorable!

I left Larva Adventure Village but missed the Mystic Island performance at the Central Stage, boohoo!

It took me more than 2 hours trying out the rides, taking photos and having a drink in Shinhwa Theme Park. Sadly, I only brought a small amount of money (I accidentally left my money in my hotel room) and was not able to purchase some O’sulloc items at the Jeju Shinhwa Store.

How To Go To Shinhwa Theme Park?

According to the locals, there are not many public transport available in Jeju so, renting a car would be a good idea to move around Jeju. Alternatively, a taxi ride is also reliable. However, public transport such as bus is also available. It is advisable to download Google Maps for better direction and information on bus number.

In order to get to Shinhwa Theme Park, you need to get to Jeju Shinhwa World.

If you’re from the airport, you can get on Jeju Shinhwa World’s shuttle directly. 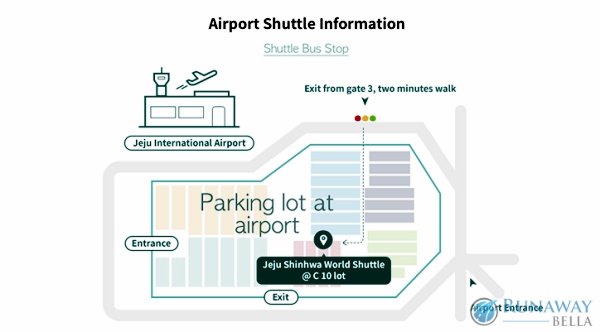 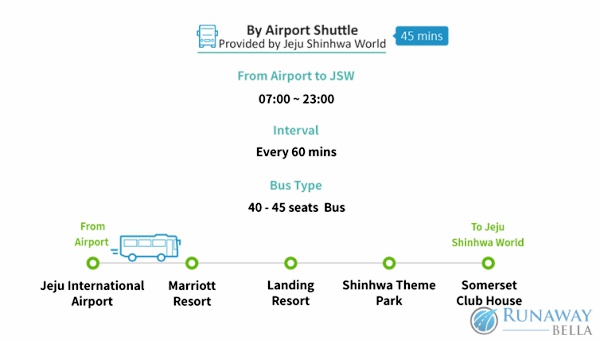 Find out on other available transportations at this link.