Few weeks ago I followed Tourism Selangor on their annual TSDayOut programme and this time, we went to Sepang. Being a Selangorian, the name “Sepang” is not foreign to me. But exploring Sepang has never been on my list. I only know Sepang as the place for F1 Grand Prix or Moto Grand Prix.

To Discover Selangor (mainly Sepang) with TSDayOut 2016 is something I look forward to.

TSDayOut is a full day programme. Our itinerary starts at 8 am and we were to visit three places, namely:

Was it an awesome day out? Let me show you! 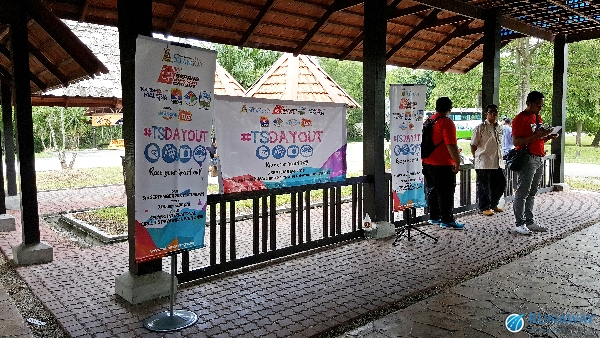 We arrived in Paya Indah (“Paya” means Swamp and “Indah” means Beautiful) Wetlands around 9am, the journey took about 50 minutes from our starting point at Tourism Selangor’s head office in Shah Alam. We were then briefed about the history and objectives of Paya Indah Wetlands.

Did you know that Paya Indah Wetlands was a tin mine?

I was told that before the place was turned into wetlands in 1998, it had been a tin mine. The wetlands was transferred to Malaysia Wildlife Foundation (MWF) co-founded by Tun Mahathir back in 2005. After 3 years of reconstruction and enhancement, the wetlands was open in 2008. The excavations left by the mining works are turned into lakes and homes for water lilies, lotus, fish, ducks and more exotic species like the crocodiles and hippos. Slowly, the animals that you see at the wetlands today, settled in their new homes.

Paya Indah Wetlands belongs to the state government but the federal government is in charge of operating the hub. The objective of the handlers are to:

We were assigned into groups immediately after briefing. Our first activity at Paya Indah Wetlands was to solve 10 clues and take a photo of the answer that will have to be submitted in the evening for evaluation. Winning group will win some interesting prizes from Tourism Selangor. 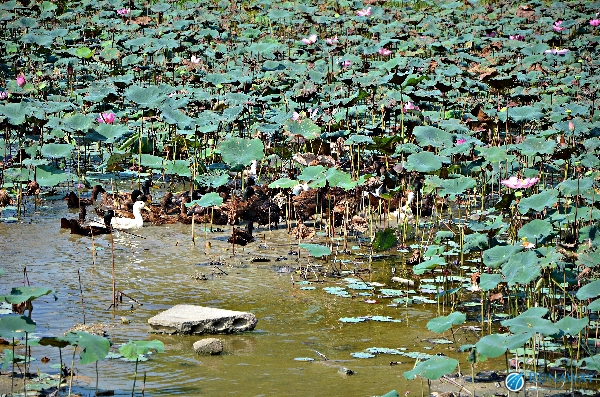 So there I was paddling on a bicycle (luckily I got myself a bicycle because the place is huge!) to take some photos of the clues that I have to solve. The ducks were not very friendly, I must say and because of that, I missed the hippo feeding session. Yes, my photos suck but luckily I have some team mates backing me up with their better-than-my-overexposed-photos of ducks, hippos and viewing tower.

By 10.30 am, we had to leave for our next destination which is the Sepang International Circuit. It was so HOT that morning though and our clothes were drenched in sweat!

Arriving at Sepang International Circuit (SIC) at noon, after about 30 minutes from Paya Indah Wetlands would require anyone to put on some shades and sunblock. 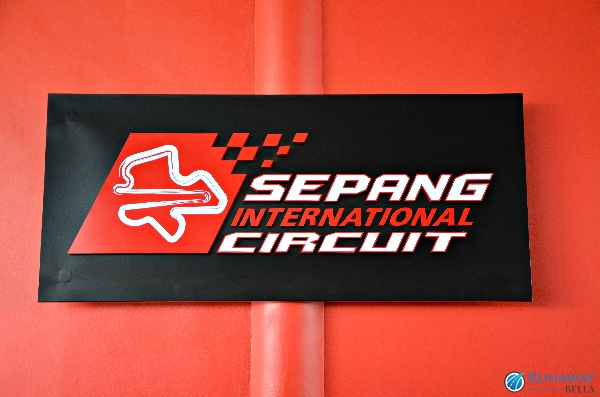 I have only been to Sepang International Circuit once for a F1 Grand Prix Finals a few years ago. Even though there are many events held in SIC, I have never been back here because I felt like it is a little out of the way from home. With TSDayOut 2016 though, I was glad to be back. Since I have never had the chance to go to the off-limits area of SIC, getting and all-access pass to some of the places and seeing “behind the scenes” activities is such a turn on.

We were first directed to the Perdana Suite on the 2nd floor of the Pit Building. This is the same suite where VIPs, high-ranking Malaysian ministers, international celebrities and dignitaries hang out during major events like the F1 Grand Prix. With air-conditioned glass windows, we can watch the race in comfort. There is a balcony to step out to as well, just to listen to the sound of loud engines – if that is more your thing. 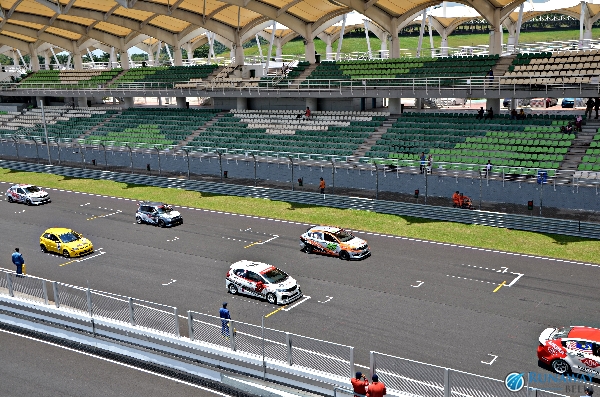 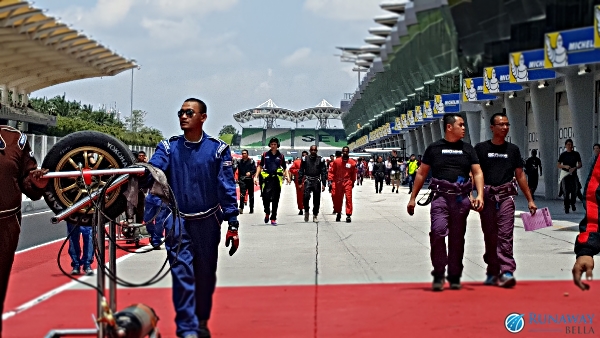 The endurance race is participated by cars of many models including Honda, Toyota, Proton and Suzuki. The Sepang 1000km Endurance Race is an extended version of the Malaysia Touring Car category from Malaysia Championship Series as it adopts the similar technical regulations.

The competition is opened to cars between 1,401cc and 1,600cc. Each team is allowed to use between 2 to 4 drivers in completing 181 laps of 5.543km race track. Mathematically, this will take about 8 to 9 hours to complete. Some car brands also invite their celebrity drivers to ride for them. On that day, actor Zizan Razak was there to drive for Proton.

We got the chance to be on the grid before competition begins and take photos of the cars, drivers and of course, circuit girls (just two of them). However, the grid was full of people, having different group of supporters entering the grid as well.

I never thought the SIC has so many rooms until we were brought to all of them during the Sepang International Circuit Tour.

We were brought to the Race Control Room. This is where they decide if a race should go ahead or be stopped, especially if during very bad weather or any other major reasons. We then went to the Timekeeper’s Room and Track Commentator’s Room. You need to have a very sharp and quick mind to be a commentator. It’s not easy job to keep your listeners interested.

We went to other rooms as well before ending it at the Press Conference Room.

Press Conference in the Conference Room at Sepang International Circuit. After overtaking Lewis Hamilton and finishing the last lap at a difference of only 0.58 seconds, the winner of the 2016 Formula One Malaysian Grand Prix is none other than, Bella Enveeus. Congratulations for making Ferrari the proud winner of this year’s Formula One Malaysian Grand Prix. Accompanying the winner is her manager, Mdm @ruggedmom. Red is Ferrari. Red is power. P/S: This is just a mockup. Not related to any person either the living or the dead. #tsdayout2016 #discoverselangor #payaindahwetlands #PIW #SIC #sepanginternationalcircuit #tourismselangor #TSraceyourheartout #TSDayOut #RunawayBella #BellaDreaming #SheOnlyOwnsAMiniatureFerrari

And lastly, we went down to the pit where the technicians and maintenance guys are at. This is where the tyre replacements and screw tightenings get done. Racing is a dangerous sport with many risks and these guys are the ones trying to minimize those risks. 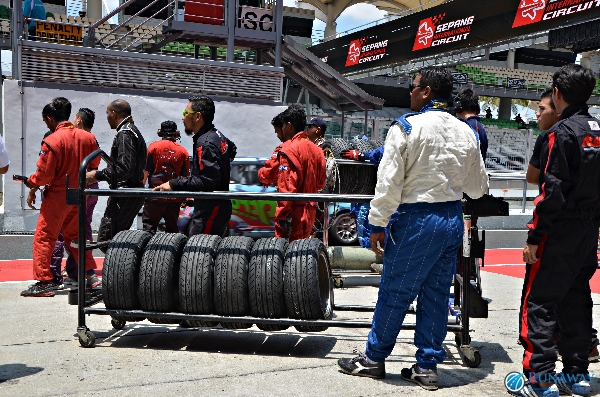 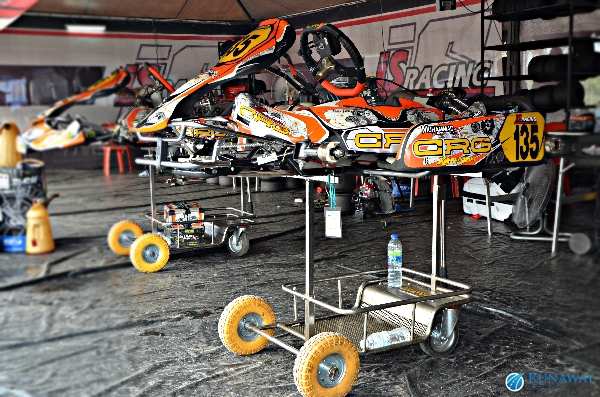 Last but not least, our final activity of the day was Go-Kart racing.

The last time I go-kart in a fam trip, I actually hit the person in front of me and the front of my kart went on top of the rear side of the kart in front of me. Blame my “too fast too furious” DNA. I was too impatient. 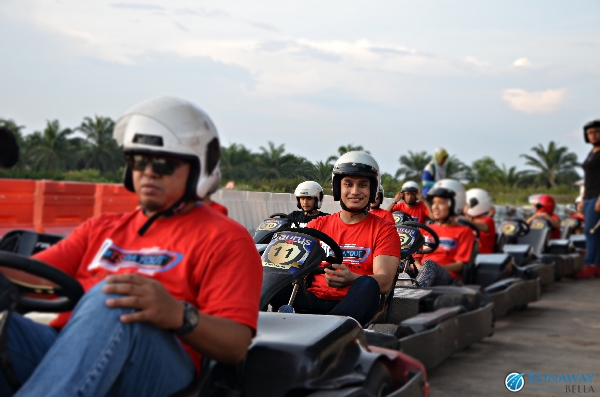 The activity at the Go-Kart circuit is simple:

I didn’t join the race this time though but cheering for some of my friends were fun. All of them had different way of driving, it is just too cute! At the end of the day, there were 20 winners who came out victorious. But probably not as victorious as these three down here: 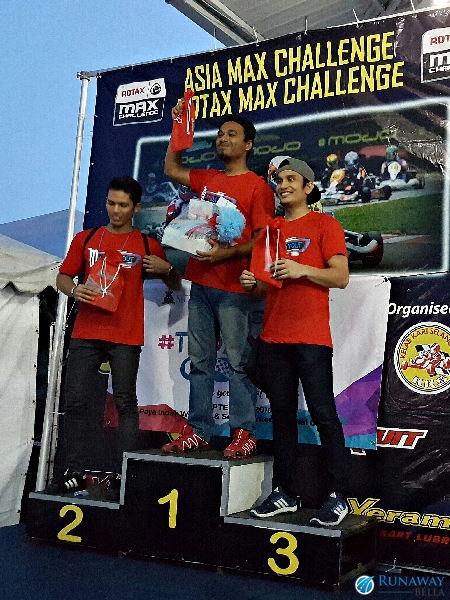 Notice the guy that won 1st place? Yup, he’s the one I crashed into in our last go-kart race. LOL!