I have. And my first time on a steam locomotive train was none other than in Indonesia’s Ambarawa Train Museum at Semarang. 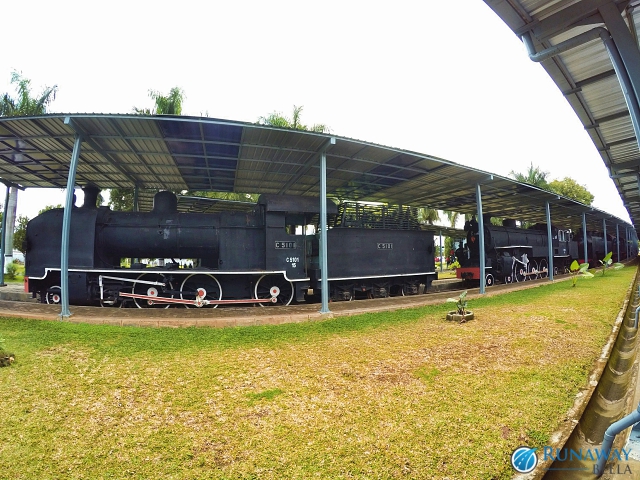 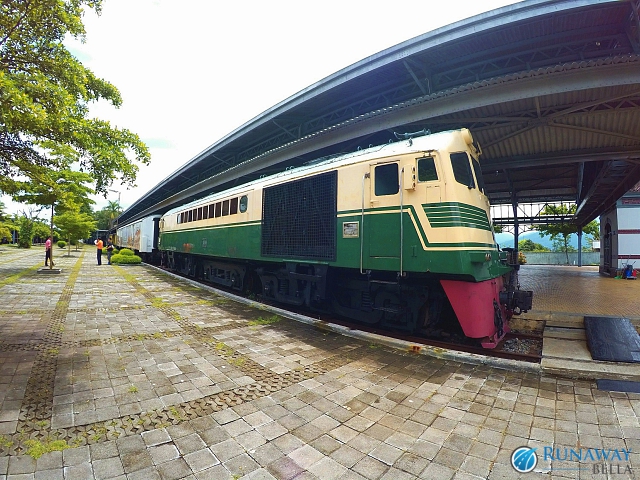 I have ridden trains many times before during my travel but I was never a fan of train rides. Train rides can take a long time from one point to another and long train rides make me restless. I never liked sitting for too long and small seats give cramps in my lower back and legs.

But maybe I need to do something about those “issues” if I ever decide to go for a Trans-Siberian Railway trip someday.

Anyway, when I was in Semarang, one of the places I visited before heading to Yogyakarta was the Amabarawa Train Museum. It took about an hour journey by bus from the city of Semarang to the museum.

Ambarawa was a military city back during the Dutch colonized Indonesia. King Willem I wanted to build a railway station to enable troops to be transported to Semarang and on May 21 1873, the Ambarawa railway station was built and known as Willem I Station. 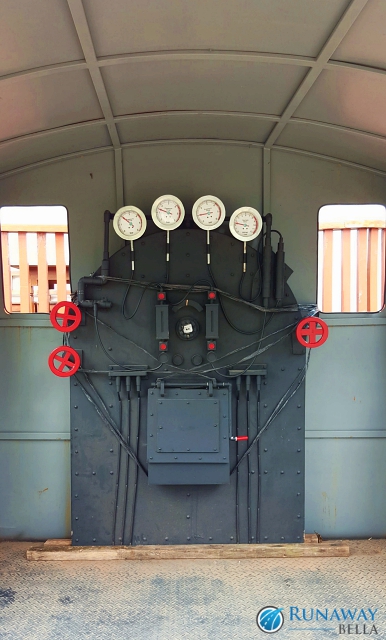 Until today, the Ambarawa Railway Museum houses these in its collection:

What Can You Do At Ambarawa Train Museum? 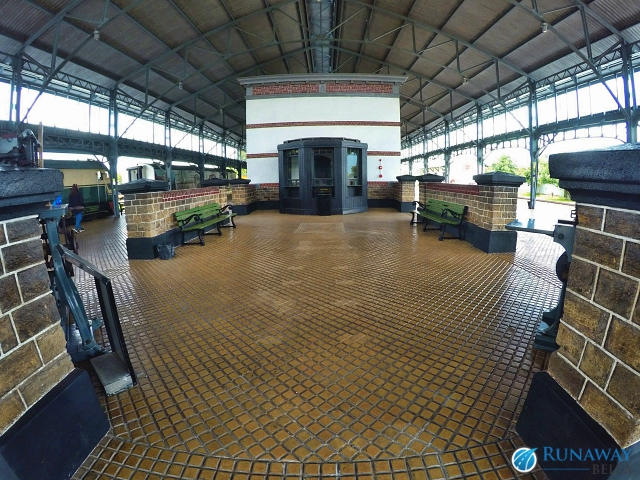 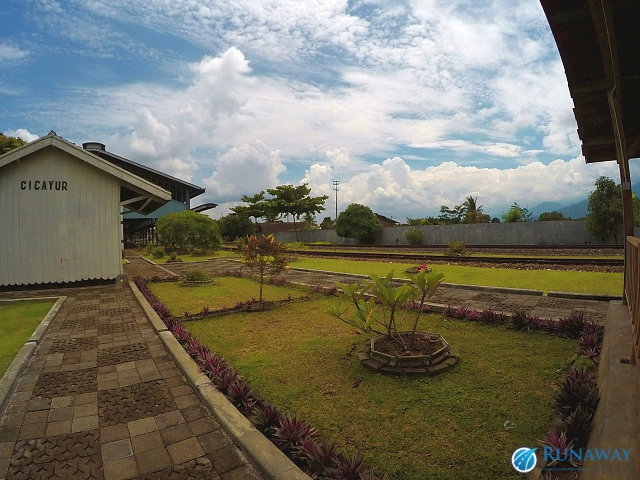 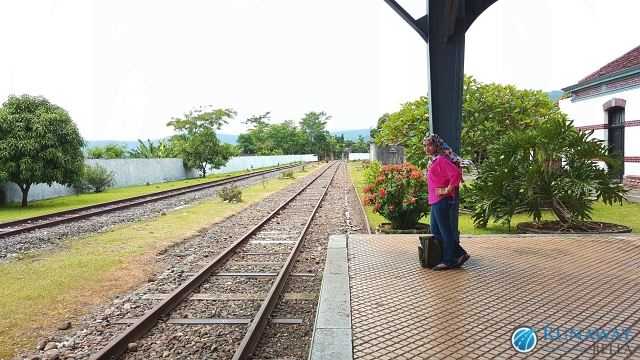 My friends and I decided on the Ambarawa-Bedono return trip on the steam locomotive and 2-wooden train with a capacity of 80 people.

The Ambarawa-Bedono track is 9 kilometres with mostly 6% gradient. A return trip per chartered train would cost about IDR 15,000,000. 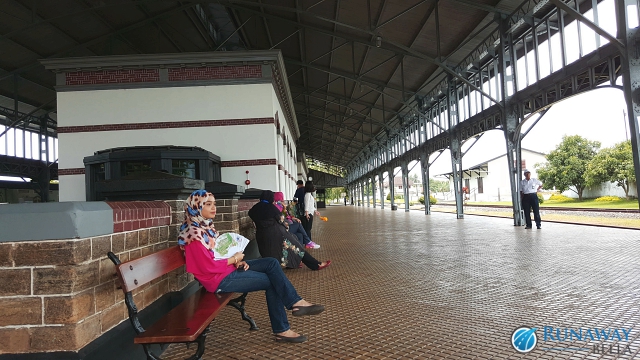 After purchasing the tickets for the ride, we waited for the train to arrive by walking around the huge and well-kept museum compound. Most of the products on display are about a hundred years old or so and they are all kept well in the museum too. I love taking photos of some of the de-commissioned trains – the paint on the trains are upgraded and polished and the trains were well protected from the elements. 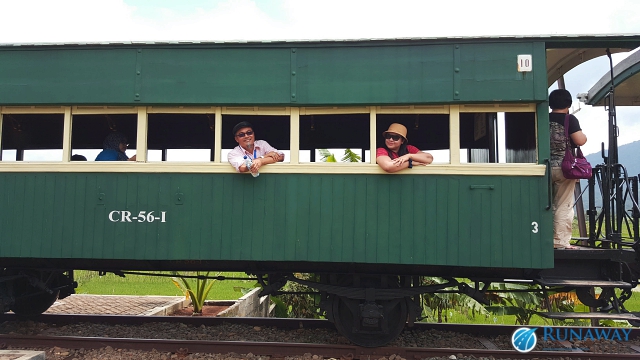 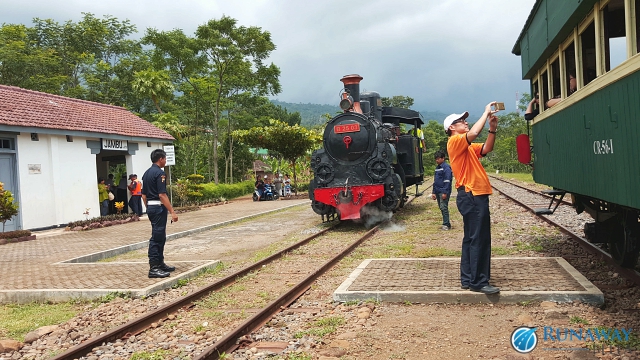 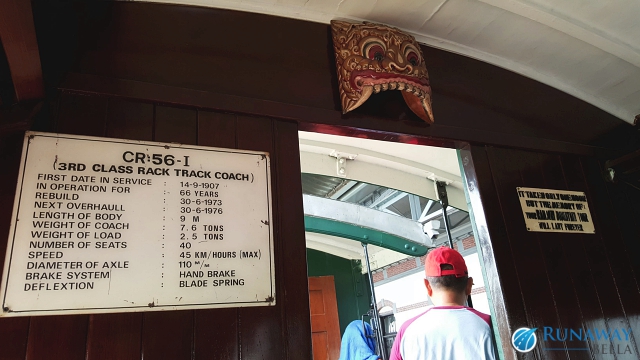 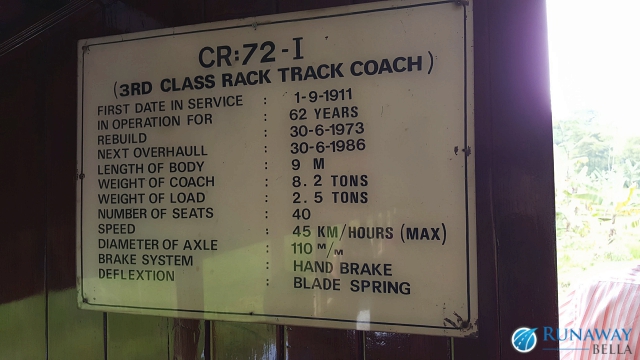 It was quite a surprise for my friends and I when our steam locomotive arrived. We were impressed by how well kept the wooden cars were even though it was obvious that they were quite old. As we got on the cars, we were excited to see that even the seats in the cars are wooden seats. We just couldn’t wait to start our journey.

In case you didn’t know (like me), this is how steam locomotives work. The person in charge during our ride told us that the steam locomotive we rode at Ambarawa Train Museum needs to be refilled with water every few kilometres or so.

Usually, large locomotives will carry water or fuel supplies in the locomotives itself. However, since our steam locomotive is only a 2-car train and our journey would require some climbing along an inclining hill, the “head” of the locomotive was first positioned at the “back” of the two cars. Water was filled up before the start of the journey and after a while, the steam engine starts to power through and the locomotive started moving along the railway track. 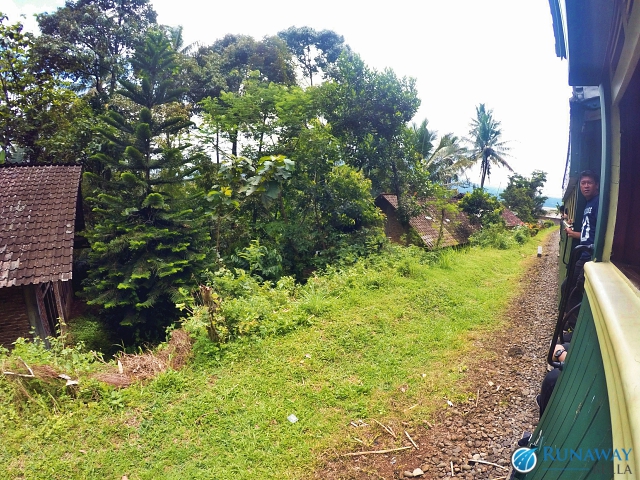 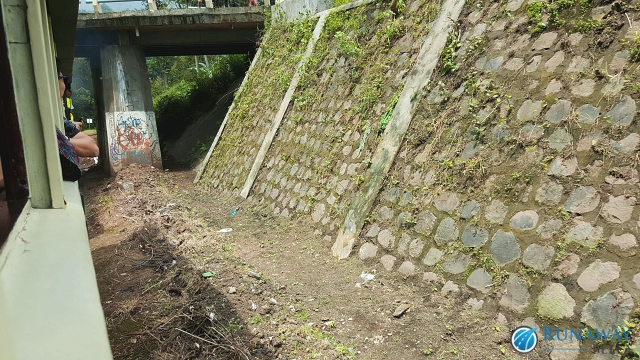 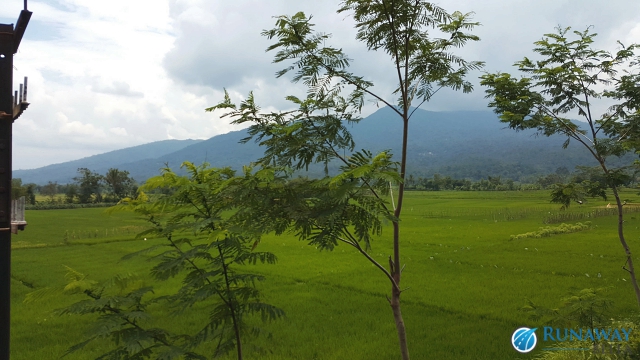 Some of the scenery was just village houses and very young children enjoying the sight of the steam locomotive and waving at us passengers as we go by but when we went past the large paddy field, it was a sight to behold. Even my camera couldn’t translate the pretty sight into a photo.

We had to make a few stops along the way though, since the locomotive needs to be refilled. I was surprised to see that they used hill water obtained from the slopes to fill up the water tank, but I was told that was how it was done for many years.

The return journey took about 3 hours or so. It was worth it however because the scenery was highly enjoyable. Not to mention the greetings and waves we get from the locals made us feel like celebrities (albeit temporarily).

If you’re one who enjoys exploring museums when you travel or if you’re a fan of trains and locomotives, then Ambarawa Train Museum is one of the places you should visit when you’re at Semarang, Indonesia.

The train rides are very limited per day so in order to avoid disappointments, do come early to purchase the tickets. Unless you’re planning to charter a train for your private trip, then you should contact Ambarawa Train Museum weeks beforehand and specify your planned date for the chartered ride.

Best time to visit Ambarawa Train Museum would be the dry season between May and September. It is best to avoid weekends and school holidays though because they are usually packed. The museum is open from 8:00am to 5:00pm daily.

So check the local calendars and yours and I hope you would have an enjoyable time!