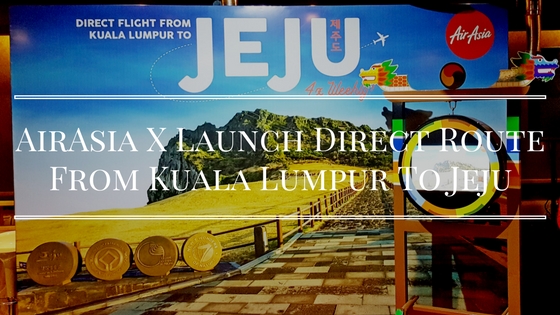 Great day for those who love traveling to South Korea, especially the beautiful Jeju. 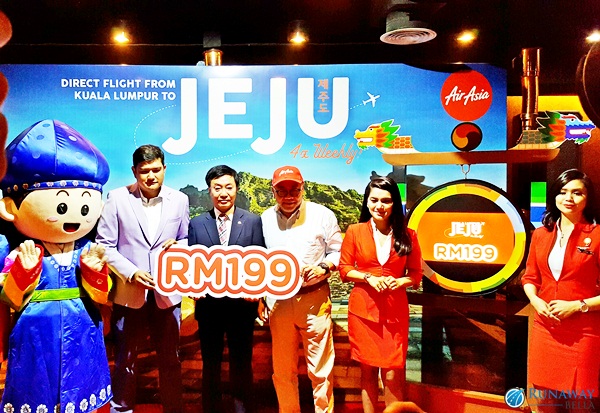 Today, located at Onsemiro Restaurant, The Intermark Kuala Lumpur, AirAsia X Berhad’s CEO, Mr Benyamin Ismail informed guests and medias that they are the only airline to operate direct flights from Kuala Lumpur, Malaysia to South Korea’s “Island of the gods”; Jeju.

Since the success and positive growth from AirAsia X’s existing routes to Seoul and Busan, the new route to Jeju would further compliment AirAsia X’s market to Malaysia travelers, as well as the non-locals. This is especially true considering that Malaysians make up the third highest visitors to Jeju, after the Chinese (PRC) and local Koreans.

“This new route will provide additional over 150,000 capacity annually and will be a significant boost to strengthen business and tourism ties between Malaysia and South Korea.” – Mr. Benyamin Ismail.

Flying all the way from Republic of South Korea, the Director General of Tourism Bureau, Jeju Special Self-Governing Province Mr. Lee Seung Chan felt certain that the direct route would help boost the tourism arrival to Jeju not only from Malaysians but from other countries that can easily connect to Jeju via Kuala Lumpur’s KLIA2.

AirAsia X’s guests from Kuala Lumpur can be assured with the 4 times weekly exclusive direct flights to Jeju. There’s AirAsia’s Fly-Thru service that guests can also use to connect to Jeju from other cities with just one stop or to utilise the multi-city option where guests can explore Jeju with Busan and Seoul before returning to Kuala Lumpur.

No doubt the best news that came together with the launch is that AirAsia X will be having a special promo of all-in fares from RM199 one-way standard seat and RM899 one-way on award winning Premium Flatbed and tickets will be sold from midnight 10th to 15th October 2017. Special promo tickets are for travel period between 12 December 2017 to 25 March 2018. So quickly log-on to www.airasia.com to purchase those tickets before it’s gone!

The launch was then officiated by Datuk Kamarudin Meranun, Executive Chairman, AirAsia & Group CEO, AirAsia X with Mr. Kim Jun-Pyo, Minister Counsellor and Consul General of The Embassy of The Republic of Korea. 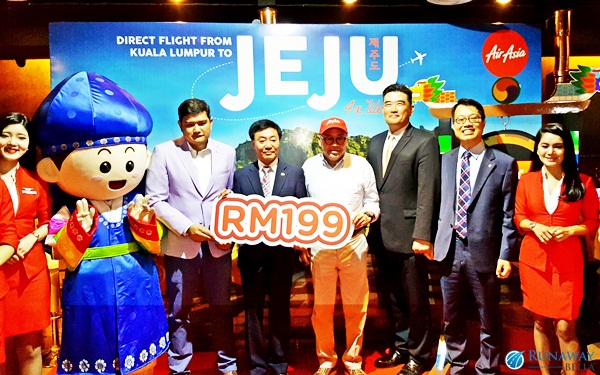 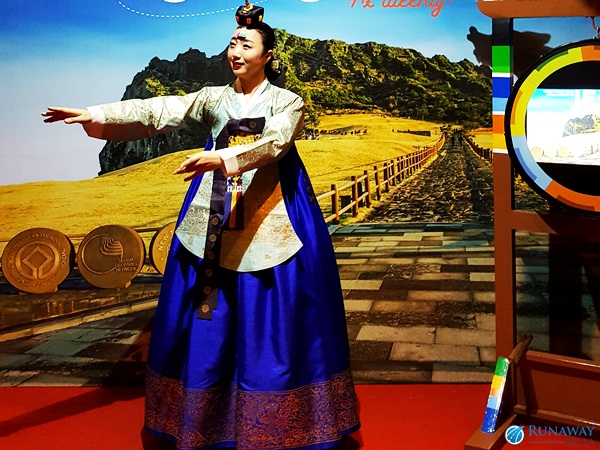 Travelers and tourists who prefers a more slow-paced traveling with scenic places to visit would no doubt love Jeju. Jeju is a beautiful volcanic island located 64 kilometers south of the Korean Peninsula. It is home to UNESCO World Heritage Site Jeju Volcanic Island and Lava Tubes which include Mount Halla, the highest mountain in South Korea, Geomunoreum lava tubes, a dormant volcano and dramatic landscape of Seongsan Ilchulbong tuff cone.

Other attractions includes the scenic Jeju Olle Trail, the amazing Cheonjiyeon waterfall, the beautiful Hyeopjae beach and many special themed museums to enjoy.