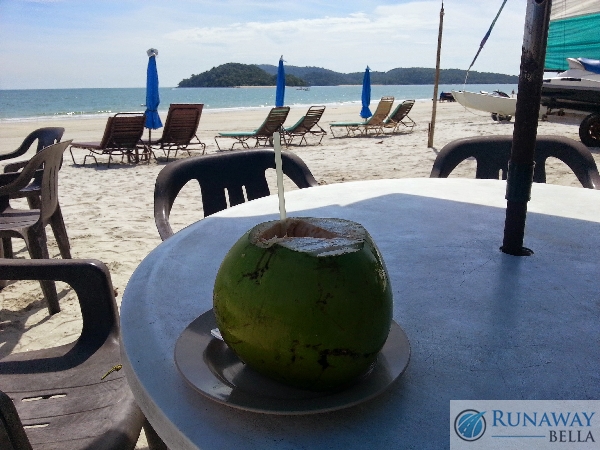 Langkawi or also called the Jewel Of Kedah is one of the most popular island destinations in Malaysia. Located at the Northwestern part of Peninsular Malaysia, it is usually a holiday destination for both locals and tourists alike. I have been on this island a few times and enjoyed myself tremendously.

If you’re looking for a quiet, relaxing time to unwind, you can come to Langkawi island on your own. The slow-paced lifestyle of people in Langkawi and Kedah itself will help you relax. But if you’re afraid you would get bored with the slow lifestyle in Langkawi, you could come here with a few friends and explore the island together.

Although Island Hopping is a more popular activity, Beach Hopping has it’s own perks too, provided that you love beaches. As for me, I am a beach person, so much so that even if I didn’t get into the water, I could just stare at the beach, listen to the sound of the waves and feel the wind caress my cheeks and be completely contented. Top that with a reclining seat to bury my feet in the white porous sand, I can surely get lost in my own tiny little world, minding my own business. 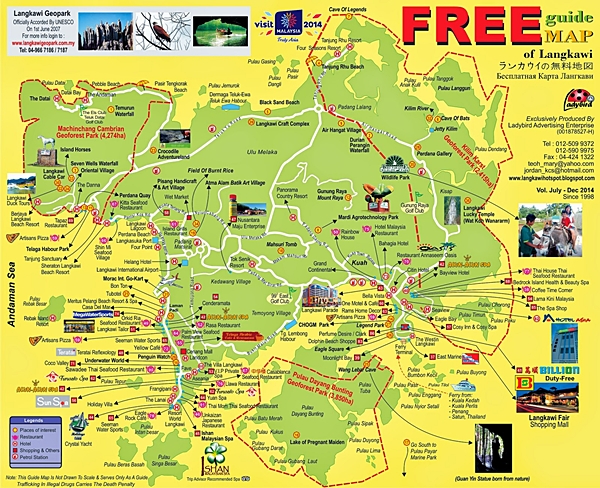 The last time I was here with a friend, we rented a car to easily drive around Langkawi and on our last day, before flying back to KL on our 7 o’clock flight, we decided to spend the 6 hours after check-out by beach-hopping. With Langkawi’s map in hand, these 5 beaches are what we covered during our Langkawi Beach Hopping activity. 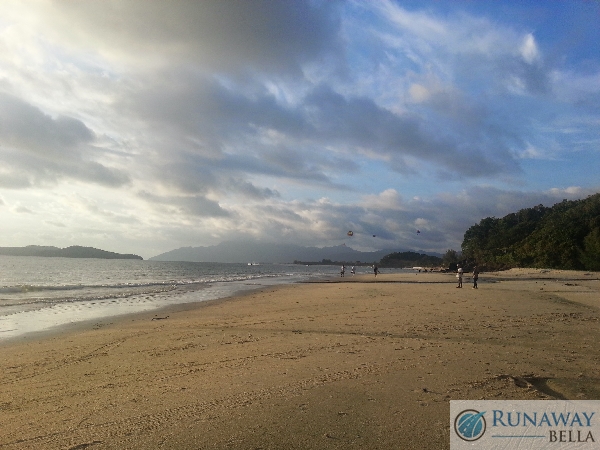 Chenang Beach is one of the most popular beaches in Langkawi, especially because it is the most developed beach with many resorts and hotels here. Many backpackers enjoy coming here too due to the many backpacker’s resorts available. Not to mention, the many attractions you can find a stone’s throw away from your resort such as the duty-free shops, Underwater World and also the Rice Garden Museum. Walking is an option but there’s also cycling and motorcycle renting available. 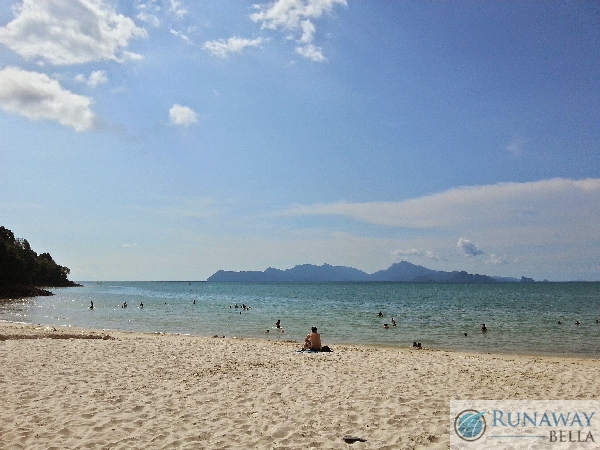 When I first came here, I was happy to see the parkland that welcomed us before the beach. The parking area is next to the parkland, about 200 metres from the beach. Located at the northern coastline in Datai area, this beach is popular with the locals but not many tourists know about this place. It is a favourite place for picnics.

According to legend, Tengkorak Beach or translated as “Sandy Skulls” Beach got its name when a massive hailstorm overturned and wrecked ships that passed through Malacca strait. Many died from the hailstorm and the skulls of the dead were washed up onto shore here. Sinister isn’t it? 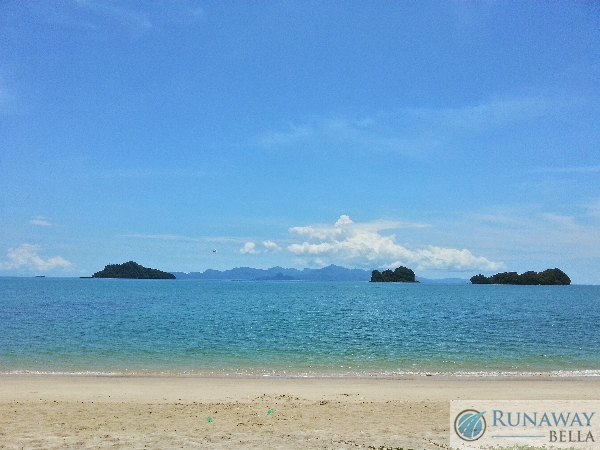 We were driving past when we came across this beach. The glinting light blue waters were so inviting that we had to stop and stare at it for a while. There were no swimmers here, although there was paragliding activity going on when we stopped by. There is a stall here too that sells coconut drink and under the scorching sun, it is definitely a good time to have one. 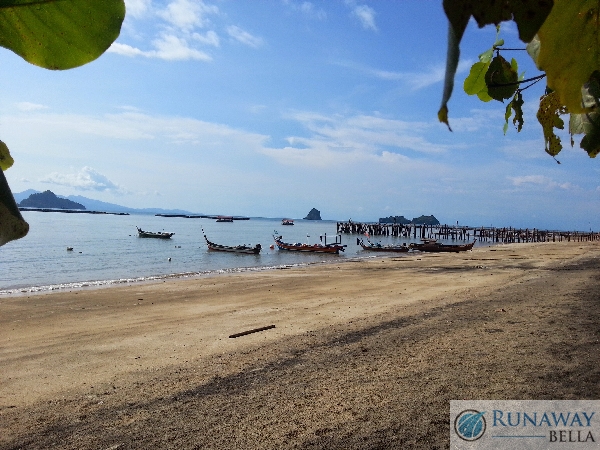 The Black Sand Beach is in the center of Langkawi’s north coast. It was only a 5 minutes drive from Teluk Ewa. True to its name, the sand on this beach is black. According to legend (and there are many legends related to how the sand turned black), a mermaid was angry when a fisherman stole her ring and so she laid a curse to where he set foot when he reaches ashore, which is why the sand here turned black. Another legend said it is due to the burnt soil of rice fields during the Siamese War.

However, scientifically, the reason the sand is black is because of the mineral contents in the sand – iron oxide. No curses laid here then. Read the information below : 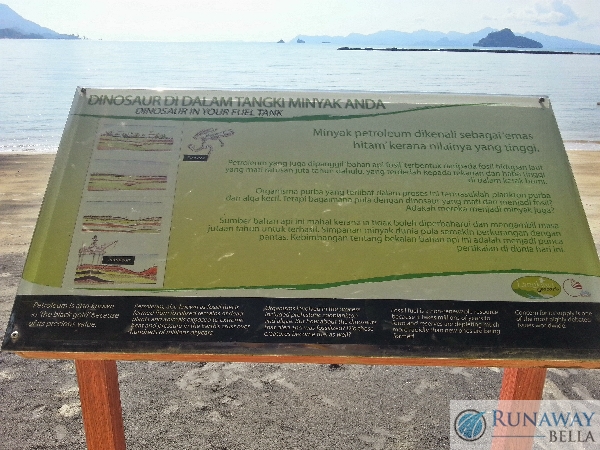 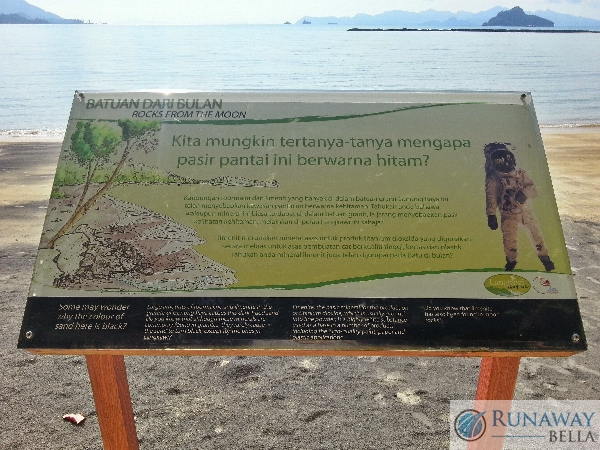 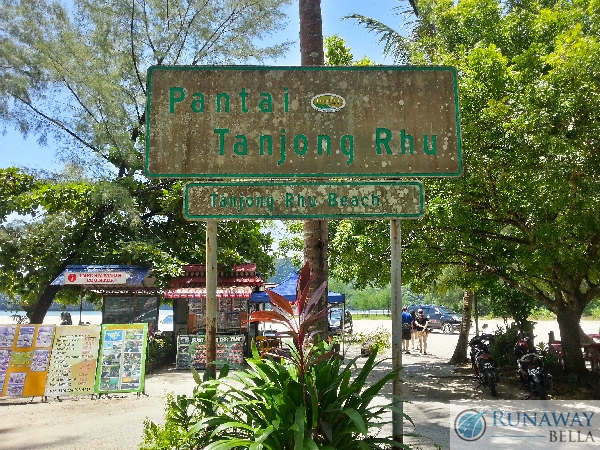 The Tanjung Rhu Beach area is secluded and bordered by intermittent limestone crags. There are also roadside stalls selling food and handicrafts here.

Have you been to Langkawi before? Where did you stay and what were your activities?