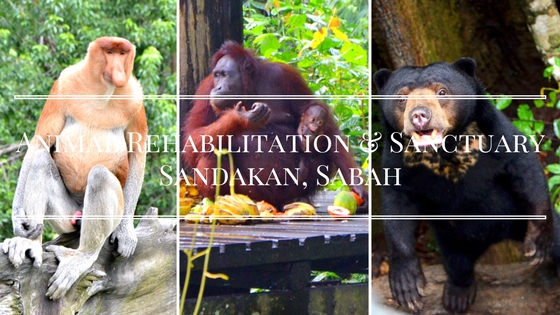 If you are an animal lover and you happen to be in Sandakan, Sabah, there are three animal centres that you can visit here. These animals are synonymous to the island of Borneo, namely the Proboscis Monkey, Orang Utan and Sun Bear.

Inside the sanctuary, you will find a view-point for visitors to see and take pictures of the monkeys, there is a feeding platform and there is also a boardwalk for visitors to get deeper into the estate. You will also find some troops of Silver Leaf Monkeys residing here. These two different monkeys do not mix.

Proboscis monkeys mate typically any time throughout the year. Young are born 160 days after successful mating. 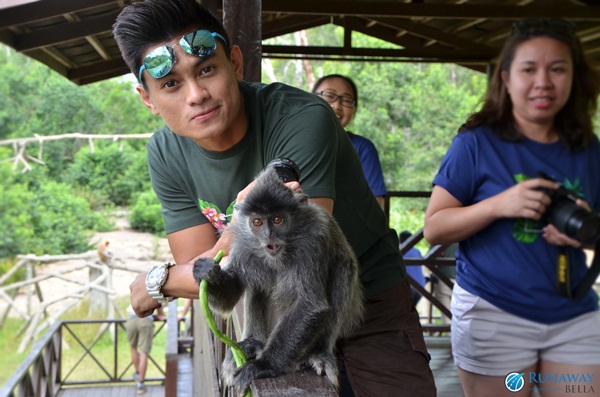 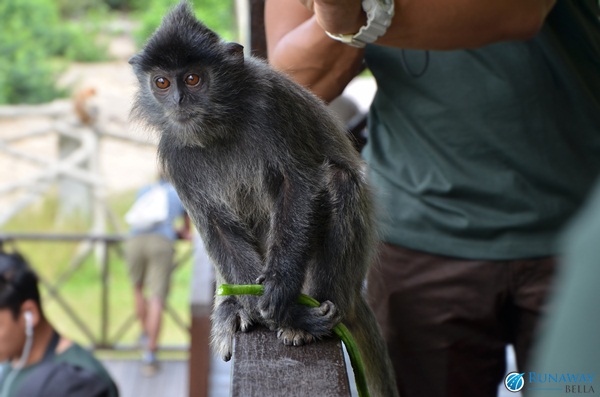 Silver Leaf Monkeys roam freely on the platform. Sometimes the younger Proboscis Monkeys also come to the platform but they mostly play near the trees.

How are Proboscis Monkeys different than other monkeys?

Sepilok Orang Utan Rehabilitation Centre allows visitors to watch orang utan up-close in their natural habitat. This means, sometimes you might be lucky and get to see an adult orang utan swinging between the large forest trees or eat on the feeding platform and sometimes there might be nothing for you to see the whole day. 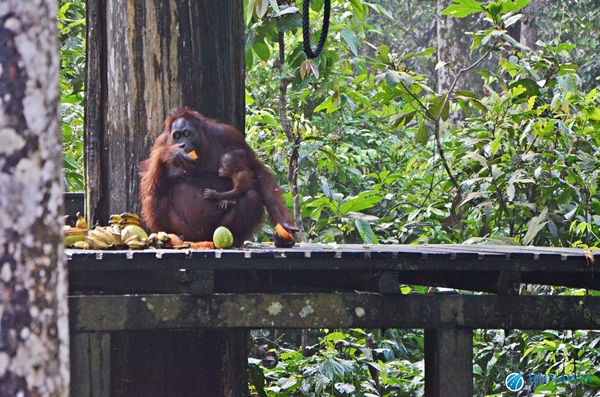 Fret not though, apart from the feeding platform, there is a viewing gallery. Viewing gallery houses juvenile orang utans. In 1964, the Sepilok Orang Utan Rehabilitation Centre was opened to care for orphaned, displaces or injured orang utans due to logging. There are large climbing frames for the young ones to train at before they are let out to the wild. Many orphans have successfully rehabilitated and released into Kabili-Sepilok Forest, a 4294 hectare virgin jungle reserve that is rich in tropical rainforest and mangrove swamp.

Camera (personal use): RM10 per unitCamera (commercial and professional use): RM1,000 per unit
Film-making equipment: RM10,000 for a period not exceeding 7 consecutive days or part thereof

You will first walk into the visitor centre to learn more about sun bears, the things they feed on, where to find them, their maximum size and so on so forth. There is a long boardwalk and a few observation platforms in the centre. Some of the sun bears in the centre were rescued, where they were once kept as pets but lived in a deplorable manner.

Rehabilitated sun bears will be released to the wild but captive sun bears cannot be released and is allowed long-term living arrangement at the centre. So far, there are nearly 40 sun bears in the centre. Some of the sun bears that were there since 2010 were integrated into “bear groups” and have access to outdoor enclosures during the day.

Feeding by the public is not allowed, even when the bears come near you asking to be fed. This is to help them in their rehabilitation process before they can be released into the wild.