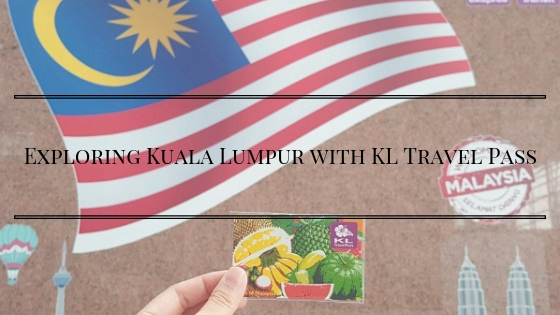 It was just like any other day in Kuala Lumpur: hot, humid and busy. I wanted to explore Kuala Lumpur as a tourist (I like doing this occasionally) and thought of using the newly introduced KL Travel Pass by KLIAEkspres and MyRapid.

If you’re a tourist in Kuala Lumpur (either internationally or locally) and you plan to explore every nook and cranny of Kuala Lumpur in a day or two, then purchasing the KL Travel Pass immediately when you arrive in KLIA or KLIA2 would be worth your money. 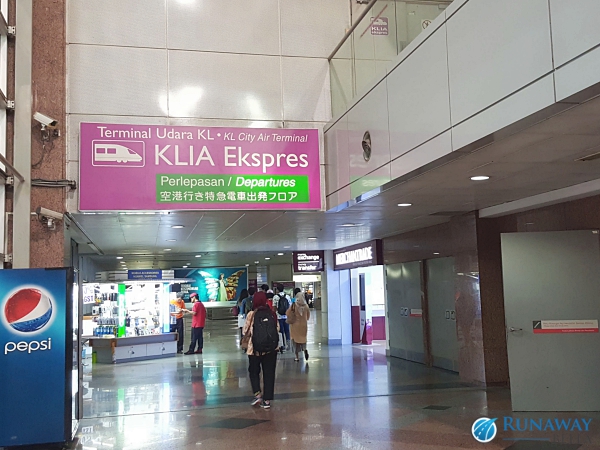 There are two ways the KL Travel Pass can be useful to those flying into Kuala Lumpur.

Like I said above, if you’re a tourist who flies into KLIA or KLIA2 and you plan to explore Kuala Lumpur via rail lines, then purchasing the KL Travel Pass would be best. You don’t have to worry about purchasing separate KLIA Ekspres tickets from KLIA or KLIA2 and KL Sentral. You also don’t have to purchase tokens or tickets everytime you want to take the LRT, MRT or KL Monorail. You can be sure you’ve got your KL Ekspres airport transfers covered and you can use the KL Travel Pass smartcard to go everywhere in Kuala Lumpur via rail line for two days straight!

You can purchase the KL Travel Pass at KLIA Ekspres stations located in KLIA, KLIA2 or KL Sentral.

Note: For use of KL Travel Pass on LRT, MRT and KL Monorail, the 1st tap of the card clocks in as the 1st day. However, the 1-day use expires at 11.59am every day. So be smart and tap you card in the early morning and explore Kuala Lumpur to your heart’s content.

Read more about KL Travel Pass at this link.

I enjoyed my breezy experience using the KL Travel Pass from KLIA to KL Sentral.

Turning into a tourist in my own city and exploring it was quite an adventure. I’m used to driving to and in Kuala Lumpur but this time, I’m using the LRT, MRT and KL Monorail to get to popular and not-so-popular spots in Kuala Lumpur. 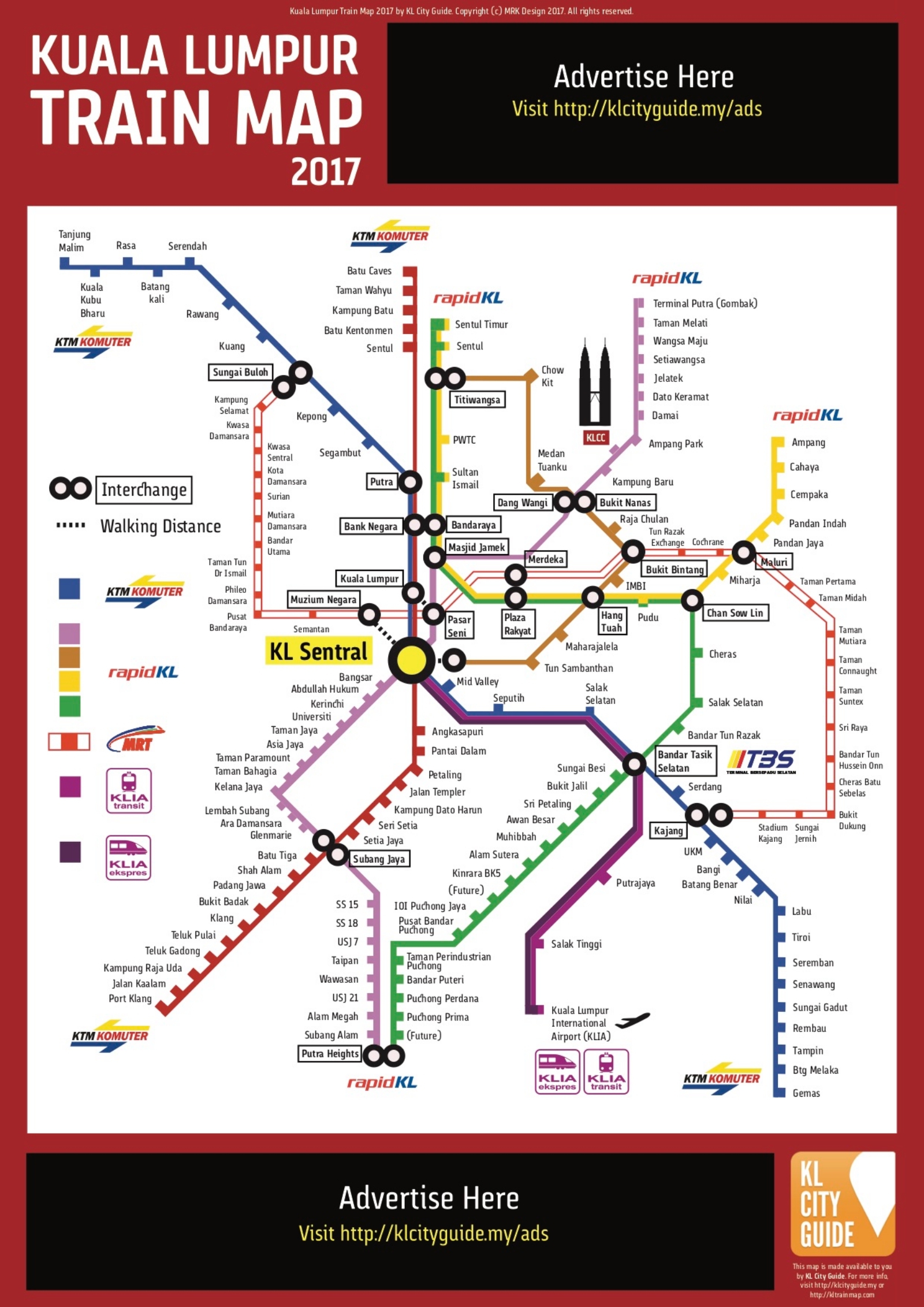 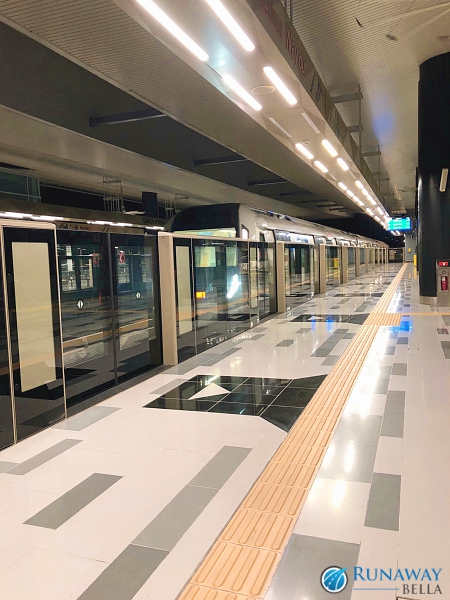 Come join me to explore Kuala Lumpur in one full day!

I started my train ride from KL Sentral. The best line to take would be the Rapid KL LRT Gombak Line (in map pink colour line). Pasar Seni LRT Station was only one station away from KL Sentral.

Upon arrival at Pasar Seni station, tap the KL Travel Pass to get out of the station. You will see Central Market’s iconic blue building opposite the Pasar Seni LRT Station. A short walk to Central Market and you’re ready for shopping!

Located in the city centre, Central Market (locally named as Pasar Seni) is most probably one of the top visited place (for tourists) in Kuala Lumpur because of all the unique “Malaysia, Truly Asia” products sold here.

The building, built in 1885, is now one of Kuala Lumpur’s heritage building. In 1888, Central Market started as a wet market but today, you will find more than 300 shops featuring local handicrafts, textiles, souvenirs, collectables, and restaurants. Although a little pricey to us locals, you can be sure that 95% of the items sold here are original and authentic so it is really value for money.

If you’re one who likes to visit places of worship when you visit another country (like me), the Sri Maha Mariamman Temple is only a few meters away and about 4-minutes walk from Central Market.

Located at Jalan Tun H.S. Lee, the Sri Maha Mariamman Temple is the oldest Hindu temple in Kuala Lumpur. It was built in 1873 and later in 1968, a new structure was built in the style of South Indian temples featuring the ‘Raja Gopuram’ tower.

To enter the temple, you would have to leave your shoes or slippers outside with a charge of 50 cents. If you’re wearing shorts, you would also have to wear a ‘sarong’ loaned by the temple (free) before entering the sacred site. It is free to enter the temple, but please make sure to keep clean, do not make much noise and respect those who are in the temple for prayers.

Located opposite of Sri Maha Mariamman Temple is a Taoist temple named Guan Di Temple that was built in 1888. You would be able to find the legendary 59kg copper Guan Dao in this temple that is said to give special powers to anyone who can lift it or touch it – that is, if that person is pure in heart.

The temple is built to honour one of China’s greatest warrior, General Guan. Dubbed as the “God of War”, many worship him for his bravery and war skills.

Upon entering the temple, you will see two great warrior-like statues. As you step into the inside of the temple, you might be overwhelmed by the smoke and smell of incense burning. A few steps forward to the altar, you will see the statue of Guan Di flanked by his godson Guan Ping and his possessor Zhou Chang.

There are also other deities that can be found in Guan Di Temple, including Choy Sun (God of Prosperity), Guan Yin (Goddess of Mercy) and Wen Chong (God of Education and Learning).

From the LRT, there’s an underground walkway towards Masjid Jamek. Look out for the signage “Jalan Tun”. Masjid Jamek is one of the busiest LRT stations, especially during peak hours since it is an interchange station, so take your time before getting out of the station.

Masjid Jamek (or in English called Jamek Mosque), is Kuala Lumpur’s oldest Islamic places of worship. Overlooking the Klang River, the building is a combination of ancient Moorish, Islam and Mughal architectural style.

The mosque was built in 1905 and served as the main centre of worship for locals until the Masjid Negara (National Mosque) was opened in 1965. The main prayer hall is surrounded by three domes (the tallest measured at 20 meters) and flanked by two minarets that stands over 25 meters tall.

Visitors can only enter the mosque after prayers. The dress code for men would be to wear pants below the knees or you would be loaned a ‘sarong’ before entering. For women, if you wear shorts or you do not cover your head, you will be given a robe that also covers the head.

The Klang River which is next to Masjid Jamek was recently launched and transformed into River of Life (ROL) in 2017 – a livable waterfront with high economic value.

At specific hours of the day, there will be water fountains on display and at night, the “Blue Pool” will light up to Dancing Symphony Fountain from 9.15pm to 11pm.

Walking along the River of Life pathway would also be a good exercise and at the same time, you would be able to appreciate some of the structure of Sultan Abdul Samad’s Building (or the back of it actually).

Dataran Merdeka, or literally translated as Independence Square was once called Selangor Club Padang. Easy to say that it is definitely Kuala Lumpur’s best-known landmark. Set in front of Royal Selangor Club and north of St. Mary’s Church, which is Malaysia’s oldest Anglican church.

Dataran Merdeka is a historical site where the Malayan Union flag was lowered and the Malayan flag for the very first time at midnight, 31st August 1957. This is when Malaya gained Independence before her name was changed to Malaysia 16 September 1963.

Other places to visit and explore nearby Dataran Merdeka, which is only a stone’s throw away from each other are: Sultan Abdul Samad Building, KL City Gallery, Music Museum and Textile Museum.

By the time you covered all the places above, the sun would have probably set. The next best place to go to at night in Kuala Lumpur would be Bukit Bintang (or translated as Starhill).

When you arrive at Bukit Bintang MRT, look for the exit to Lot 10. Upon exiting, walk towards Fahrenheit 88 Shopping Center. The Museum of Illusions is located next to Fahrenheit 88 and inside Ansa Hotel (1st & 2nd Floor). 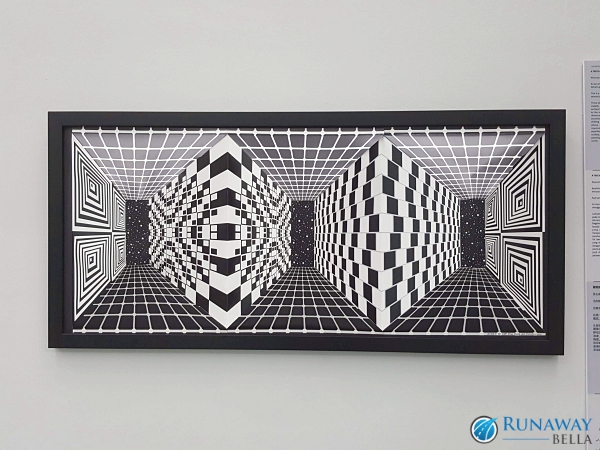 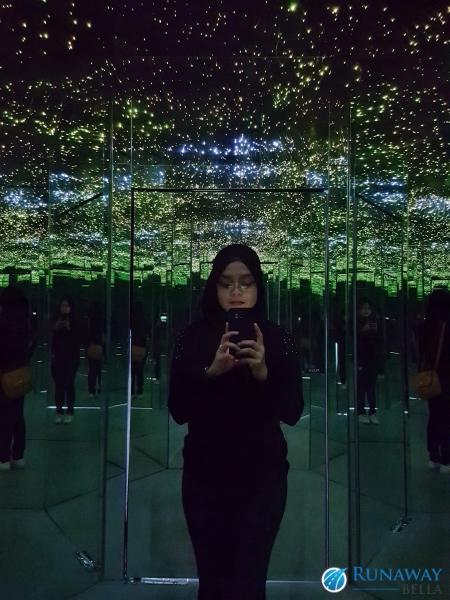 When I first arrived with my friend here, we both gave ourselves 30 minutes to explore the place – imagining that it would be boring. But after enjoying ourselves by taking photos, checking out the many eye-catching displays and playing the mind games, we didn’t realize that we were in there for almost 90 minutes!

Yes, I think if you allow your mind to be immersed in the illusions, you would enjoy Kuala Lumpur’s first Museum of Illusions here!

If you have had enough fun at Museums of Illusions, there are many shopping malls nearby for you to explore and enjoy too, like Fahrenheit 88, Starhill Gallery, Pavillion KL and Lot 10. These malls housed some of the famous brands like Louis Vuitton, Chanel, Gucci, and many more. There’s even a Bentley showroom at Pavillion KL!

I have enjoyed Changkat’s many restaurants and variety of food available. I especially loved my experiences at “Dining In The Dark” (literally, in the dark and served by visually impaired waiters) and I have also enjoyed the nightlife and hangout places where my friends and I spent our night away. You should end your night here too, amongst delicious food and very good music.