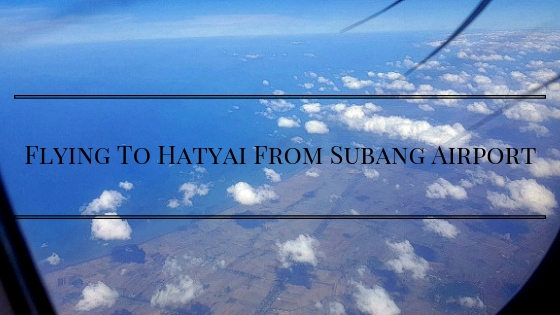 A few months ago, my husband and I decided to go for a short getaway. We are both travel enthusiasts but I am the only one who always has this need to “runaway” every once in a while. Since it was to be a short 3D2N trip, we first thought of having a “food trip” in Malaysia. Then a friend suggested Thailand and after some planning, my husband and I decided on Hatyai.

At first, we thought we wanted to try the railroad from Kuala Lumpur to Hatyai but since we only had 2 nights to spend, we decided to fly and save more time exploring Hatyai, or to describe it in the best Malay word, “jalan-jalan”.

Flying to Hatyai from Subang Airport

As I browsed for flights to Hatyai, I learned that there were also flights via Malindo Air to Hatyai from Sultan Abdul Aziz Shah Airport (or known locally as Subang Airport). I have always flown to Thailand via KLIA2 (low-cost airlines in KLIA2 is the easiest and cheapest) but I have never flown to Thailand from Subang Airport before. So, I thought, why not try something new? 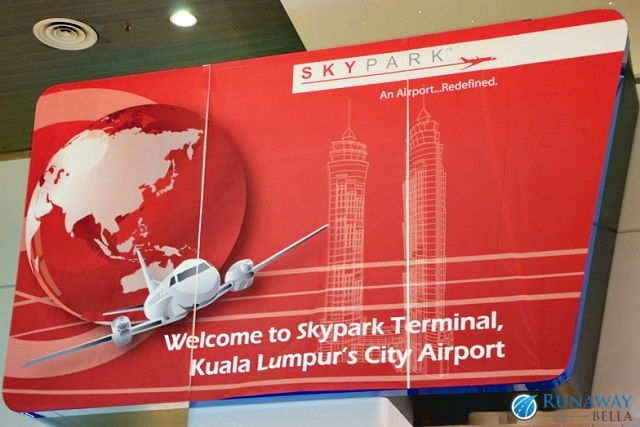 I managed to secure my husband and I some cheap tickets since there were some Malindo promotions going on. I heard there were also some coming from Traveloka. They’re quite new but really going all out on promotions, I must say. Anyway, back on the journey, however, we were not very sure how to get to Subang Airport via public transport.

Usually, when I fly from KLIA or KLIA2, I would either drive myself to Putrajaya Sentral (which is only about 20 minutes drive from my house in Kajang) or have one of my family members drop me there before proceeding to KLIA or KLIA2 via KLIA Transit train.

I have never taken a public transport to Subang Airport before though – the last time I was there, I drove straight from Kajang.

How To Get To Subang Airport From Kajang via Public Transport

Commuting to Kuala Lumpur or anywhere else in the Klang Valley has been made much easier since the MRT was open in Kajang on July 2017. Of course, there was also the KTM Commuter that has been in Kajang since 1994.

There are two ways to go to Subang Airport from Kajang using MRT or KTM Commuter, bus and/or taxi (or Grabcar). 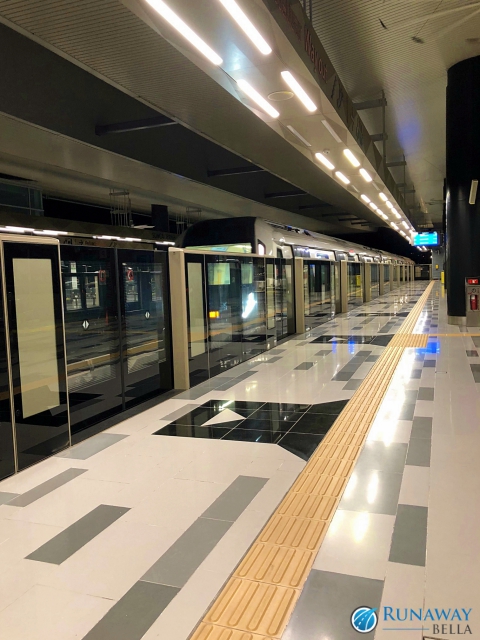 Effective 1st May 2018, there is a new KTM Rail Link from KL Sentral to Subang Skypark (Subang Airport). This direct line leaves KL Sentral at 5.30am (first train) and 9.25pm (last train). From Subang Skypark, the first train leaves at 7.50am and last train at 11.20pm.

I didn’t get to try the new KTM Rail Link to Subang Skypark back then though since it was not yet opened. I hope there would be another chance for me to try this transport in the future.

My husband and I chose Option 1 and we arrived at Subang Airport quite early for our flight that day. It is advisable to arrive early though since the traffic from the train stations to Subang Airport could be congested during rush hour.

What To Do At Subang Airport Before Your Flight

Subang Airport is relatively small. Apart from killing time by hanging out at some of the eateries and browsing through your phone until the battery died, you can try out the flight simulator at SimFlightKL. Located on the first floor of Subang Airport, you can pay to be a flight Captain – even for a short time.

I have tried this simulator before and I LOVED it! If you think you have what it takes to be a “pilot” (albeit temporarily), you should try the simulator. It is money and time well spent.

On that day, my husband and I just spent our time eating our late breakfast and checking out some info and Malindo promotion at the Malindo Air office before we went through immigration.

Going through immigration was a breeze and since the airport is small, it only took us less than 10 minutes to get to our gate.

I have always hated waiting for my flight but I will use the waiting time wisely by reading the online news, reading a book or finishing my work on my laptop.

Flying via Malindo Air to Hatyai 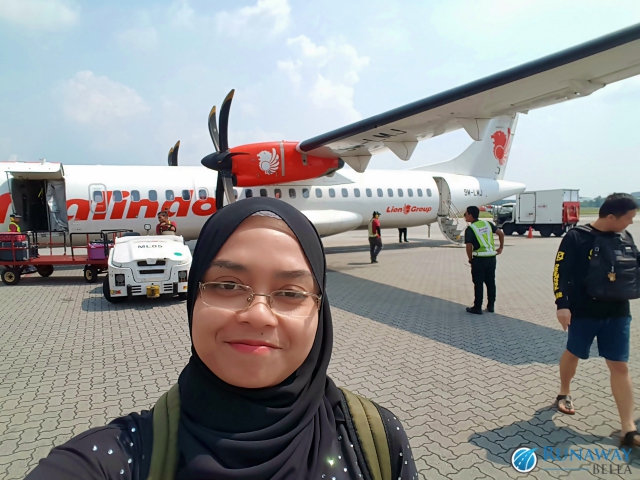 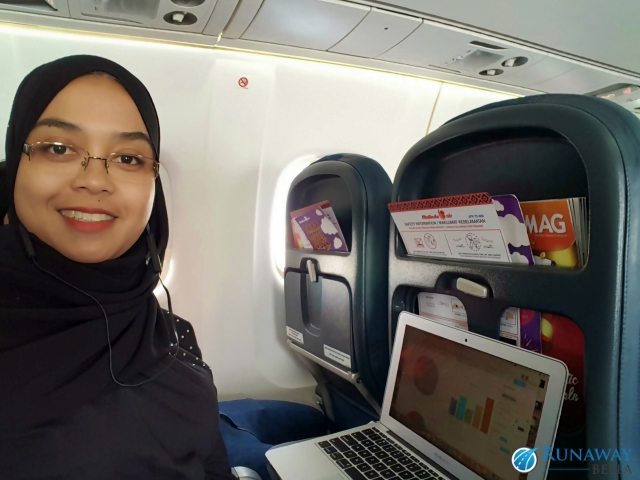 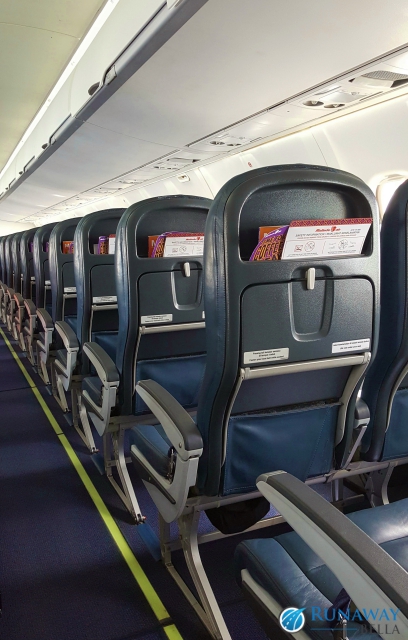 My flight to Hatyai with my husband that day was on board the ATR42 aircraft.

It was my first time on board a twin-engine turboprop aircraft though. I didn’t know why I was fixated on the propeller as I look out the window all throughout our journey from Subang Airport to Hatyai International Airport. Maybe I was just so used to large aircraft like the Boeing or the Airbus and felt that the jolts or shakes and landings in a bigger aircraft were insignificant compared to an ATR. 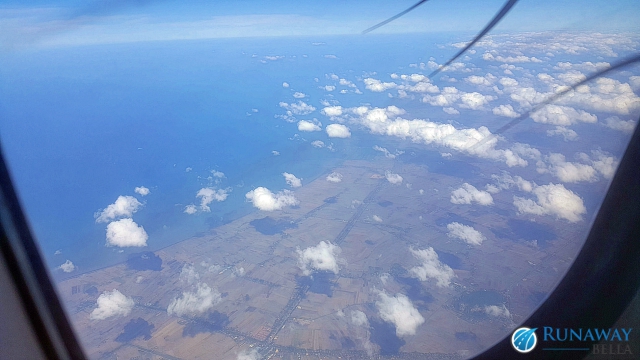 Our flight to Hatyai that day was very smooth though, thank God, and I absolutely enjoyed looking out the window at the “cotton candy” clouds.

I definitely wouldn’t mind flying out from Subang Airport again. The public transportations were very easy to find plus we didn’t have to spend a hefty sum to get from Kajang to Subang Airport (and back) either.

19 thoughts on “Flying To Hatyai From Subang Airport”