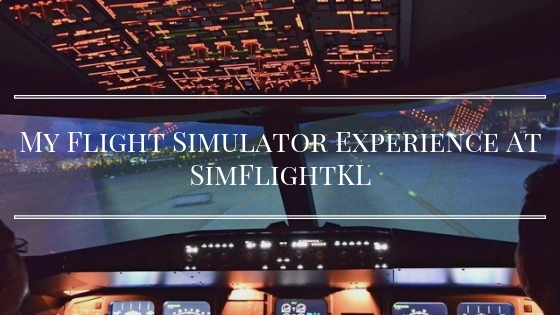 I love flying and I appreciate pilots who handle aircraft smoothly during takeoff and landing. I’ve never had an interest in flying myself though, being a pilot was never in one of the top three careers I listed in those “What Do You Want To Be When You Grow Up” questionnaires back in primary school.

However, when I was at Subang Airport (Sultan Abdul Aziz Shah Airport) many moons ago, I was intrigued in trying out the flight simulations available at SimFlightKL. I may not have the interest in being a real pilot, but let’s see if I have the talent to fly, eh? Ahem. 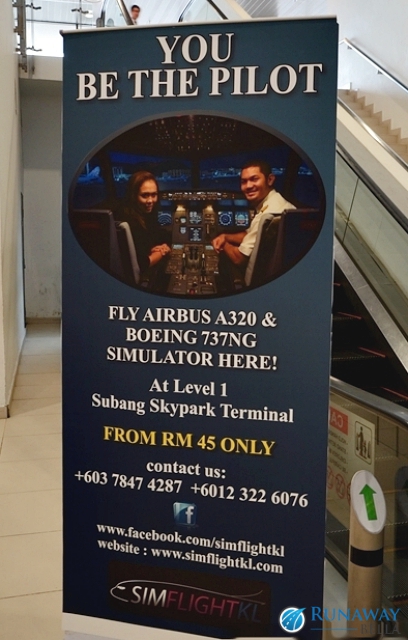 Have any of you heard of SimFlightKL before? If you haven’t, then we’re in the same boat. I only found out about SimFlightKL when I was in Subang Airport many months ago. SimFlightKL is actually one of only three existing flight simulation centres in Malaysia.

Located on the first floor of Subang Airport, SimFlightKL is very spacious, occupying two lots on this floor. Its location is very convenient and accessible to visitors.

When I first entered the place, I just couldn’t help but love the feel of sinking my feet into the thick carpet near the cabin area. Yes, there are two cabin-like areas here: one is an economy class cabin with a window view that links to the cockpit and the other, copies a premium class cabin.

Why cabins in a flight simulation centre? Some customers accompanied by friends or family members prefer to sit in the cabin to “feel” like flying too.

My Experience “Simming” At SimFlightKL

There are two simulators at SimFlightKL: the Boeing B737-NG and Airbus A320.

I decided to try the Boeing B737-NG first since I’m sort of a rookie (LOL!). I wasn’t very confident in flying (albeit simulation) the Airbus yet. Plus, there were so many overhead buttons in the Airbus, I was afraid I might turn off the wrong button and send us plummeting somewhere in the Pacific Ocean.

Before starting though, I was briefed by Captain Wafi on the basics of flying. I was also demonstrated on how to control the aircraft yoke. As I looked on at how easily Captain Wafi controlled the yoke during takeoff, I was beginning to gain confidence on “simming” but when the other captain told me of her experience, on how during her first try on the simulation (before she became a pilot), she was too afraid to land the aircraft and ended up screaming and letting go of the yoke, I began to doubt myself.

Was I ready for this?

As I adjusted my seat and looked at the screen in front of me, I forgot for a moment that I was in a simulation. The HD screen displays 180o view with real and working Autopilot Panel and full System Main Display. 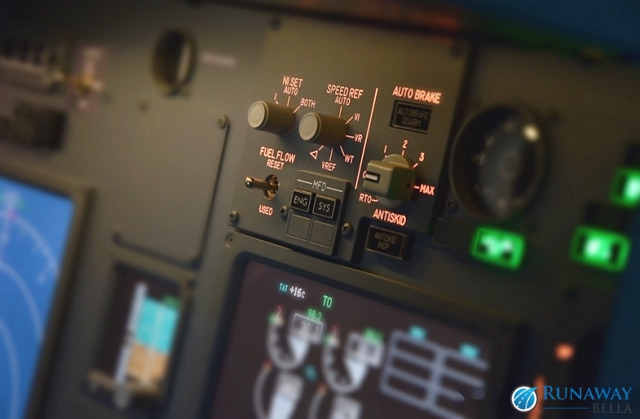 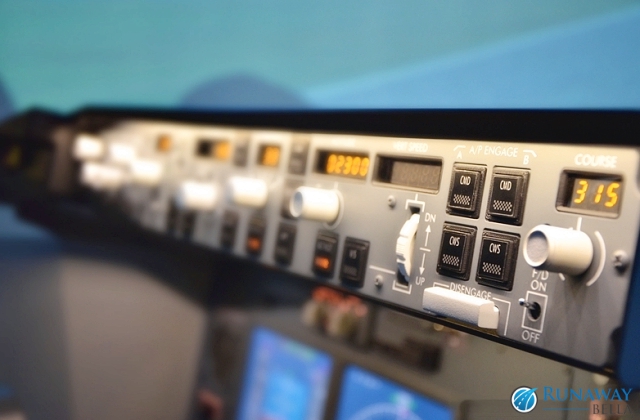 With all the buttons in front of me, I wasn’t sure what I was supposed to do and was grateful that Captain Wafi was there to guide me on the process of starting the engine as well as reminding me all the “essentials” after takeoff. Once I was ready, with my right hand on the Advanced Throttle Quadrant and my left hand holding the aircraft yoke, I took the Boeing B737-NG off.

At first glance it looked like flying a simulation is an easy thing but the yoke, especially, is quite sensitive. Pulling the yoke too much without checking on the height at the System Main Display will send you soaring up real fast – and in real flight, probably give your passengers a heart attack (LOL!). There’s also no need to turn the yoke to the right or left too much if you’re planning to make a circle. Small movements are best to maintain your cruising altitude.

Landing the Boeing B737-NG was relatively easy. The captain was impressed at how calm and controlled I was in landing the aircraft simulation. I felt quite proud of myself too. 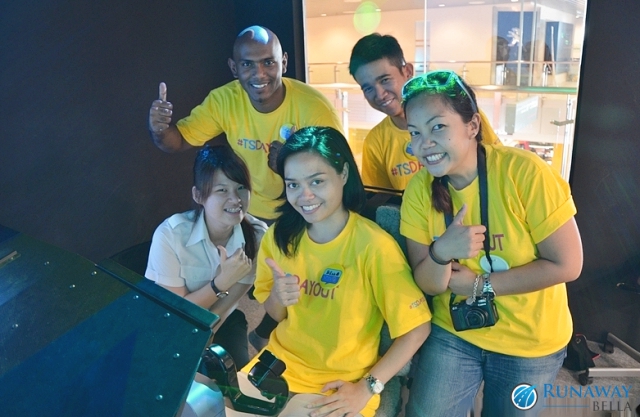 After landing the Boeing B737-NG safely, I thought of trying out the Airbus A320 simulation instead. Walking in the Airbus A320 premium class cabin towards the cockpit was enough to make me feel like being in a real Airbus A320.

What makes the Airbus A320 simulator so much cooler is that you can feel the motion in the cockpit as if you’re flying in a real aircraft. 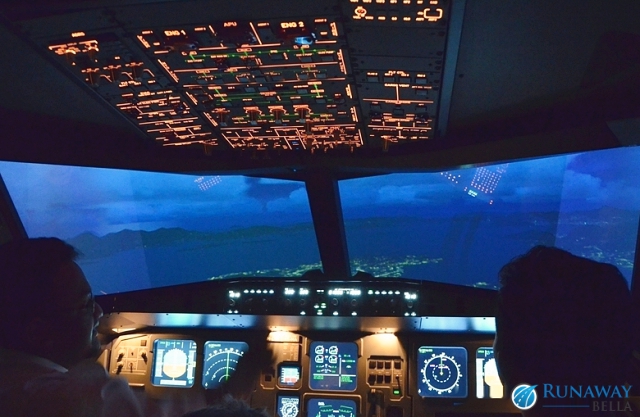 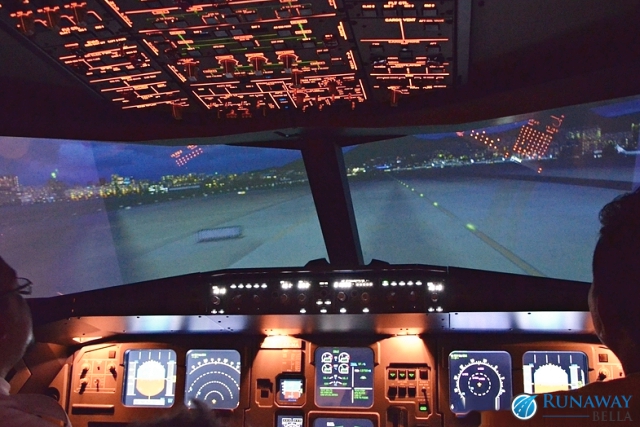 In the simulation, you can choose which airport you would like to take off and land. I took off from KLIA of course, visiting Subang Airport for a while before continuing on my flying and landing at one of the world’s toughest airports – the Hong Kong’s Kai Tak Airport.

Why is Kai Tak Airport one of the world’s toughest airport? It’s because of the short runway that ended with a drop into Victoria Harbor. Some pilots wouldn’t dare to land at the Kai Tak Airport. Even seasoned pilots weren’t very excited about the thought of flying to Hong Kong’s Kai Tak Airport. It was listed as the 6th dangerous airport in The History Channel’s “Most Extreme Airports” program. Many pilots were grateful when the airport retired in 1998.

I did, however, managed to land my flight simulation safely at the Kai Tak Airport. Phew!

Do not leave SimFlightKL without purchasing a merchandise or two. It would be a great memento for your experience flying the simulation at SimFlightKL – not everybody can brag about flying an aircraft (even if it was just a simulation). 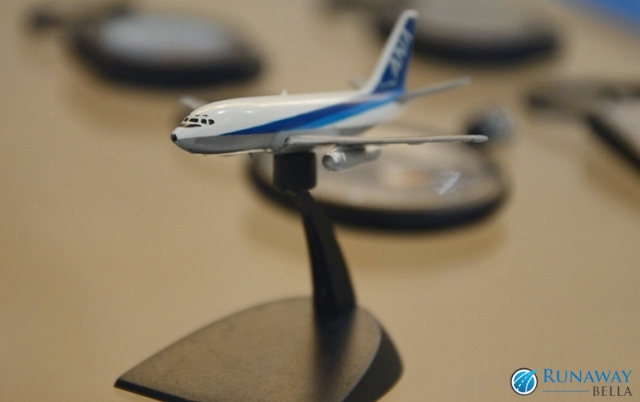 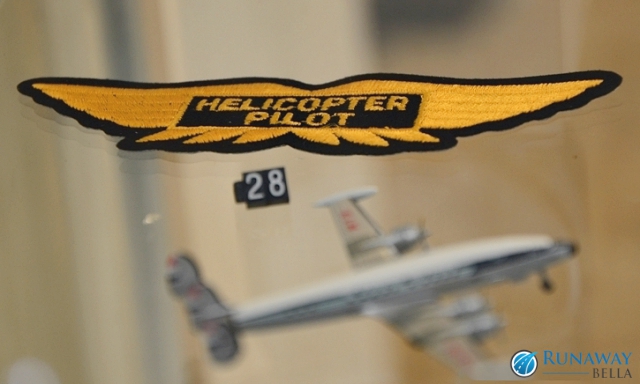 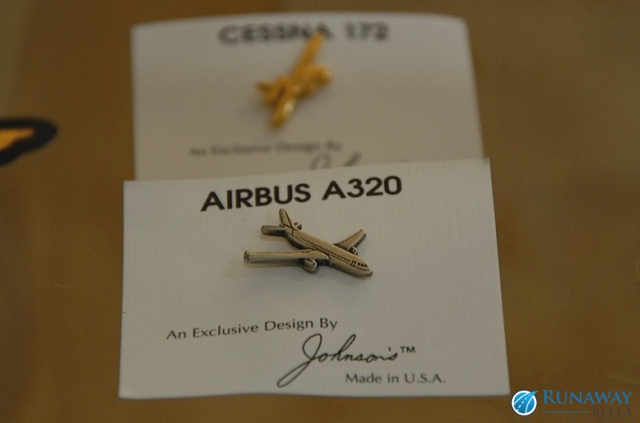 What about you? Would you try out the flight simulation at SimFlightKL?

It would be a great idea as a gift to your flying-enthusiast father, husband, boyfriend or even best friend. It is great for both men and women. Actually, I wouldn’t mind coming here with a boyfriend too, what a fun and unique date it would be!

Check out SimFlightKL today on how to be in the Flying Club or if you’re looking for simulation courses, packages, events, and many others: