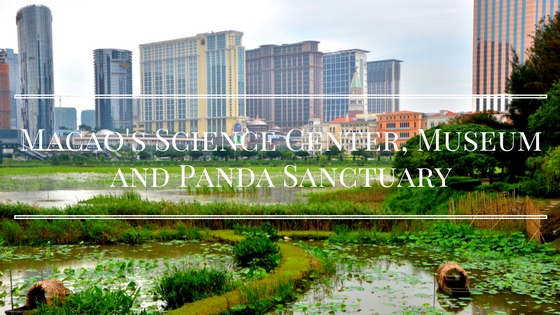 Yup, it is possible to go to a Science Center, Museum and Sanctuary in one day. But where?

In the city of Macao, of course. Although the locations are quite a distant from each other however, with proper time planning, you can visit all three places in one day and still enjoy yourself to the fullest. Let me share a story on what I did at all these three places.

We were there to check out, well what else if not the historic and cool Dinosaurs?

From 23rd March to 11th September 2016, the “Living Dinosaurs Exhibition” are held at the environmental science themed section of Macao’s Science Center. There are 14 mechanical replica dinosaurs in the compound with many interactive games for both adults and children. There are also 72 small scale dino-models for the children to learn and play with.

Did you know that a minimum of 6 dinosaur fossils have been found in China?

This is why Macao Science Center held this exhibition, especially because the fossils were found so close at home.

The Macao Science Center is a very beautiful building, designed by world-renowned Chinese-born American architect Ieoh Ming Pei. The center has an exhibition center, planetarium and convention center. The main building is asymmetrical. It is a conical shape with spiral walkway and has a large atrium inside. There are 4 main themes in the center which are: Children, Technology, Environmental Science and Living.

Museum of Taipa and Coloane History 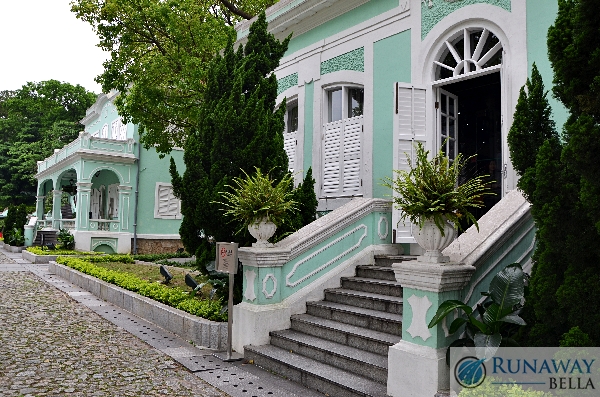 Walking towards Museum of Taipa and Coloane History gives me a relaxing feel, even though there were quite a lot of visitors there, at the time. Maybe it was the weather, maybe it was the Tiffany blue color of the museums or maybe it was just the combination of the history, culture and architecture of Taipa Village itself.

The buildings were built in the late 19th Century and was formerly known as the Municipal Council of the Islands.

Now however, the buildings are kept to preserve and promote the history and culture of Taipa and Coloane since year 2006. And yes, the histories are preserved well in the in-house exhibitions – with collections of original furnitures, photos and items of early inhabitants. Of course, they are Portuguese and their descendants are the Macanese (mix of Portuguese and Macao Chinese).

There are also the collections of findings and relics that was uncovered during archaeological excavations in the past years that are displayed at the ground floor of the in-house exhibitions. However, we cannot take photos of these findings.

And guess what you’ll see opposite Taipa Village? The City Of Dreams. A complete contrast of the more historical and older architecture of Taipa Village which also shows how much Macao has developed since when it was under the Portuguese settlement. 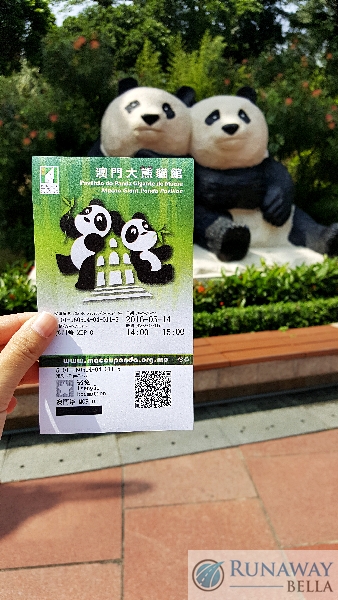 The Macao Panda Sanctuary or Macao Giant Panda Pavillion is a fan-shaped pavillion, located near Seac Pai Van Park in Coloane. The location of the sanctuary, far from the hustle and bustle of the city, is very strategic and calming, not only for the animals but also for the visitors who would come here with their young children.

The two pandas living here are among the only 1600 pandas left in the world, gifted to Macao by China. The state-of-the-art sanctuary consists of indoor activity yard and outdoor quarters. There are two viewing paths for visitors to checkout the pandas from. The room is fully air-conditioned. The indoor yard for the pandas has panda dens, bamboo washing and storage quarters.

Pandas, as most of us know, are the type of creatures that loves to sleep – apart from eating or behaving cheekily with their friends. The two pandas at the sanctuary were pretty much asleep the whole time we were there, so there aren’t many photos that I could’ve taken.

However, the upkeep of the sanctuary is tip top and from the looks of it, these two pandas sure looked happy living here.

19 thoughts on “Science Center, Museum and Sanctuary in One Day?”