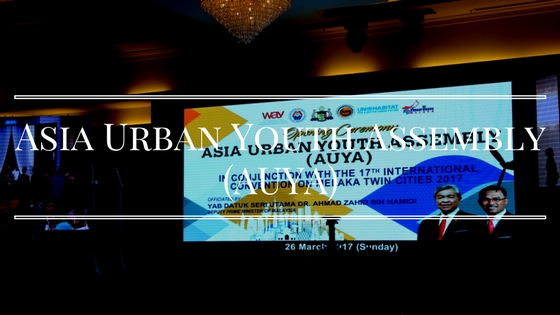 The event was officiated by Malaysia’s Deputy Prime Minister after his speech on how AUYA not only will be able to help mentor the youths but also to improve the leaders of today in being more innovative and develop better infrastructure for the country and the world. 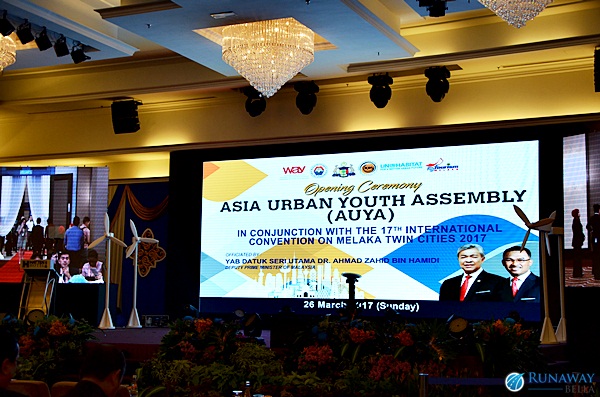 Asia Urban Youth Assembly (AUYA) is an international conference. It works as a platform to assist Asia’s youth and giving opportunity for them to deliberate and discuss significant issues of state, country and even the world. The voice of today’s youths is what will shape a better tomorrow and so, their voices and participation are relevant contributions to the new urban agenda of United Nation (UN) Sustainable Development Goals (SDG).

AUYA brings the heads and minds of urban youths from all over the world to contribute and partner across generations, along with AUYA’s theme of: “Youth Roles Towards New Urban Agenda – Taking Action For Innovative, Socially Minded, Green Cities.”

Turning Melaka Into A Green City

Melaka is one of UNESCO World Heritage Site, receiving the acknowledgement on 7th July 2008. Once in the 13th Century, Melaka was also dubbed “Venice Of The East”. Just as it was many hundred years ago, Melaka is still one of the best picked tourism destination in the world, being placed 28th last year.

Business-wise, this would bring many returns to the state but can also be detrimental to the state. According to YAB Datuk Seri Utama Ir Hj Idris bin Hj Haron, Chief Minister of Melaka; Melaka has come up with initiatives to turn her into a Green City in line with one of AUYA’s theme.

In addition, Melaka’s “Don’t Mess With Melaka” campaign was launched in 2014 to make Melaka a cleaner state. The motto can also warn against crime and malice against the people of Melaka. So far, this campaign seemed to work and hopefully other states will use this as an example to implement in their states.

What AUYA Can Do For Us?

Youths are the agents of change. Appointing youths as representatives and councillors at local authorities can allow them to learn more on governing, on sharing their ideas and views in improving the state and making a better tomorrow.

By connecting youths from every corner of the world through AUYA and World Assembly of Youth (WAY), these organizations can give support to youths, contribute in resolving youth-related matters and mentoring and guiding youths to be innovative.