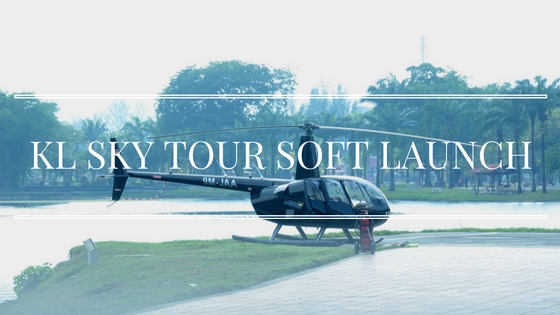 Due to its strategic location, the Titiwangsa Helipad is used to provide international and local tourists the chance to see KL’s skyline for as low as RM198 per person (not inclusive of GST). There are many packages offered for you to experience joy flights in Kuala Lumpur.

Showcasing the Robinson R44 (II) and the Robinson 66, attendees were flown above KL city for the 6-minutes tour. 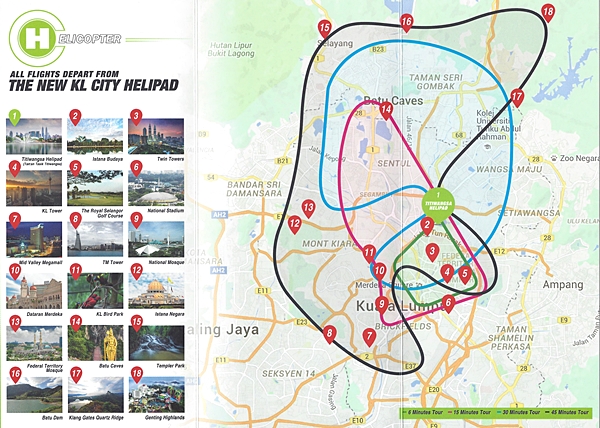 * These locations are based on the type of flight packages chosen.

There are four different KL Sky Tour Packages to choose from based on your preference and different budgets. Basic tour is the 6-minute ride and for those with greater spending power, there are the 15, 30 and 45 minute rides.

If you have never experienced flying in a helicopter before and would like to try it at least once in your lifetime, you can try The KL Express. This 6 minute tour will take you to the main attractions of downtown KL including KL Tower, Merdeka Square, National Stadium and the view of the iconic Petronas Twin Towers.

The City Explorer brings you to explore Batu Caves, where the annual Thaipusam festival is held. Then, you will fly over to Jalan Duta, home of the Federal Territory Mosque and the National Palace along with Kuala Lumpur’s home of the rich and famous. The 15 minute tour will finish with a tour of the majestic buildings of downtown KL.

How about concrete jungle meeting the real jungle? The Jungle Escape will bring you touring along the city scape and then, fly you to the untouched and pristine rain forests along Quartz Ridge to the Batu Dam. See the difference between tall skyscrapers to lush greenery during this 30 minute ride.

The 45 minute ride is probably the best and most fulfilling. You will climb up to 6,000 feet over valleys and mountains covered in lush rain forests to the Genting Highlands, the only casino in Malaysia. You will then fly back to the city, enjoying the panoramic view of KL skyline as you descend to Batu Caves and KL’s royal quarters before heading downtown to Malaysia’s many iconic buildings.

* All rides requires a minimum 3 passengers per flight.

Heartfelt thank you to Aan of Gaya Travel for the photos.