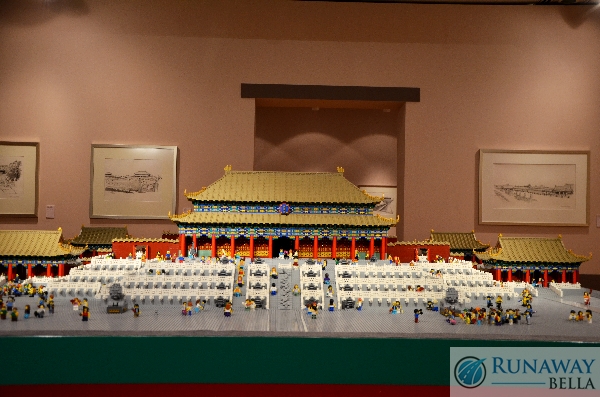 I was at Macao for a few days and managed to visit a few art galleries and experience a mini-theatre (which was my favourite, by the way!) there. 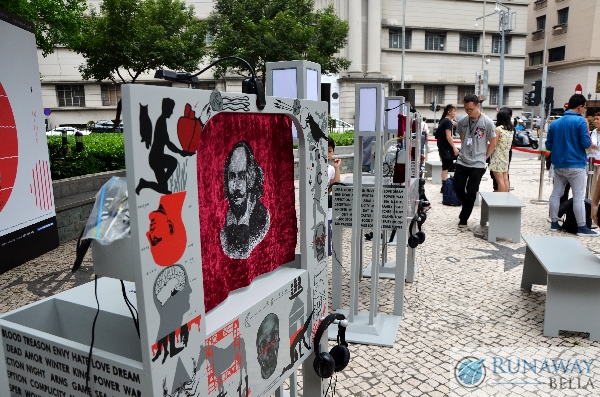 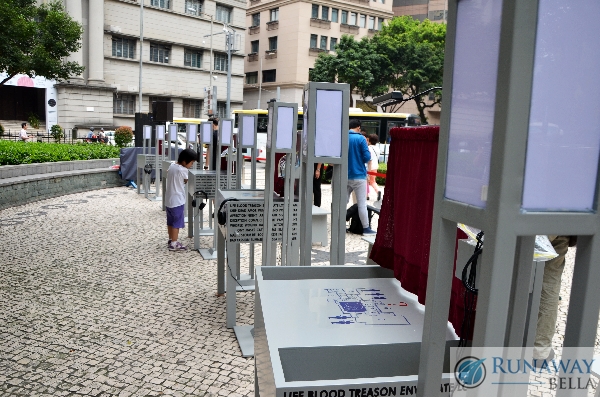 Located opposite the Old Court Building, I must say that the Micro-Shakespeare Theatre was one of my favourite part of my Macao Arts Festival 2016 trip.

When we arrived at the location, there weren’t so many people there. At first, me and the others were quite perplexed seeing 5 mini box-theatres placed in a line. The boxes were like real stages, with curtain, spotlight (mini too, mind you) and different stage patterns.

Then, we were asked to participate. How?

Do you get what I mean?

Simply said, our “actors” were props such as brushes, comb, confetti, lighter, flower and such things, as we enjoy the story.

I guess you’ll have to experience it to really appreciate it. I think, even with instructions told through the headphone, it takes a little skill to be the one behind the box. However, it is certainly fun being in front of the box!

The 8-minute box-theatres condense five classics of William Shakespeare which includes, Hamlet, Macbeth, Romeo and Juliet, The Tempest and A Midsummer Night’s Dream.

The Edgar Degas : Figures in Motion was one of the art displays for the Macao Arts Festival 2016 which was housed at MGM Art Space. The art display is part of Le French May’s highlight program presenting Degas’ 74 sculptures for the first time ever in Asia.

Edgar Degas (born Edgar De Gas) comes from a moderately wealthy family in Paris. He changed his name to Degas when he was 11, saying that he didn’t like the pretentious spelling of his real name. He graduated with baccalaureat in literature before continuing to study law, following his father’s plans.

He didn’t care for studies much and was admitted to Ecole des Beaux-Arts before traveling to Italy and staying there for 3 years. Here is where he flourished. He painted copies after Michaelangelo, Raphael, Titian and other Renaissance artists. He became accomplished in techniques of high, academic and classical art.

Degas’ displays are of his three favourite subjects which are: horses, dancers and bathing women – all in different positions.

Edgar Degas’ sculptures will be displayed at MGM Art Space from now until end of November 2016. 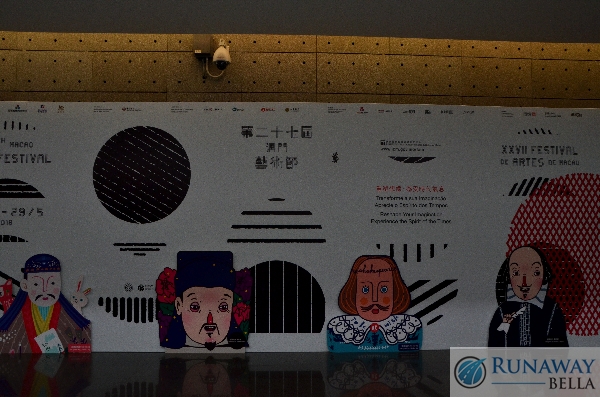 Charles Chauderlot was born in Madrid in 1952 into a French-Spanish family. In 1963, he studied painting at Ecole des Beaux-Arts de Bordeaux.  In 1970 to 1975 he was offered a double major degree in Law and Politics at University of Bordeaux. In 1990, he engaged in arts full time.

In 1997, Charles settled in China and abandoned techniques of Western colour painting, preferring to use Chinese brush and ink. He successfully mingled Western techniques of perspective drawings with the Chinese ‘blank-leaving’ painting concept. He is also the first foreigner permitted by the Palace Museum, Beijing, to enter the restricted area of the Forbidden City to paint between 2002 to 2004.

It is identical to the 81 golden doornails on the gate of the Forbidden City. 81 doornails symbolises masculinity (Yang) which were the ornaments exclusively used by the majestic emperors of the past.

This is definitely one of the many unique paintings you can find on the Macao Arts Festival 2016.

Located within the walls of the Old Court Building, the Macao Annual Visual Arts Exhibition 2016 – Western Media Category was officially opened on 13th May. 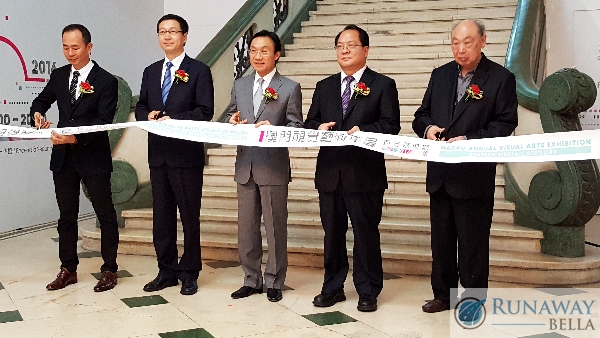 The final thing my friends and I witnessed for the Macao Arts Festival 2016 was the ribbon cutting ceremony that were officiated by Alexis Tam Chon Weng, Secretary for Social Affairs and Culture; Sun Da, Deputy Director of the Liaison Office of the Central People’s Government in the Macao SAR; Pan Yundong, Deputy Commissioner of the Ministry of Foreign Affairs of the People’s Republic of China in the Macao SAR; Ung Vai Meng, President of the Cultural Affairs Bureau and Mio Pang Fei, veteran Macao artist.

The exhibit this time is dedicated to Western media with 361 works in total submitted but only 83 artworks were selected by experienced juries.

There were many artwork on display – abstract, sculpture, paintings, mixed media, and many more.

For those without the artistic eye, you may find quite overwhelmed with some of the arts available for display while those who appreciate arts will definitely find a reason to return to this building for inspiration.