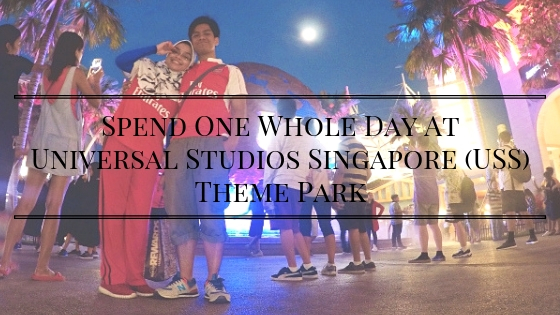 Have any of you heard or been to Singapore’s awesome theme park: Universal Studios Singapore?

Purchasing Universal Studios Singapore entrance tickets are fairly easy; you can purchase through online or over the counter. I find it better to purchase tickets through online rather than through a third party or agent. I don’t mind purchasing the tickets over the counter though, but then I’ll have to make sure that the day I’m going are not peak days (weekends or public holidays).

So, a week before heading to Singapore, I purchased the Universal Studios Singapore tickets through Klook app. By purchasing through that link, I also got a little discount on the ticket price from RM231 to RM207, per ticket. Awesome right?

Alternatively, if you have some cash to splurge, you can also purchase the VIP Tour Ticket which includes a more personal and thorough tour of USS as you would have a personal tour guide to escort you through the theme park – not forgetting to mention, legally able to cut the queues! You would also get 10% discount for official merchandise purchases and a SGD25 meal voucher to be used at any of the restaurants in USS.

I didn’t purchase the VIP Tour Ticket though. I couldn’t afford it – not for both my husband and myself anyway. *sad*

How To Get To Universal Studios Singapore?

My husband and I stayed at a hotel very nearby Sentosa and VivoCity Mall called Bay Hotel. For this reason, we woke up a little late that morning before heading to Universal Studios Singapore for our fun in the park.

Since USS is open from 10am, we left our hotel at around 9.30am and walked to VivoCity Mall, which took about 5 minutes. We went to Level 3 of Vivocity and took the Sentosa Express Monorail to get to Sentosa. You could also walk to Sentosa via Sentosa Boardwalk which would take about 10-15 mintues (depending on your pace) but we wanted to arrive early so we decided to take the Monorail.

There are 4 stops via the Sentosa Express Monorail which are: Sentosa (Station 1), Waterfront (Station 2), Imbiah (Station 3), and Beach (Station 4). We went off at Waterfront Station. The ride from Vivocity took less than 4 minutes.

A short walk from the monorail arrival station are Universal Studios Singapore and many other attractions, including Casino, Hotel Michael, Crockfords Tower, Hard Rock Hotel Singapore, S.E.A. Aquarium, Trick Eye Museum and many more. If you’re not sure, look up at the signboard above your head! 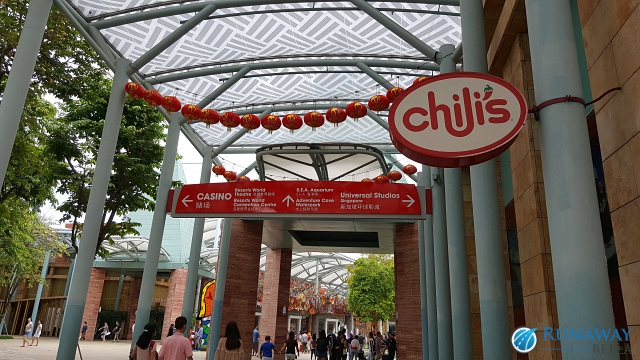 By the time we arrived and after taking some pictures, it was already 10am and we were ready to get in to USS. With a split second flash of our mobile vouchers at the electronic scanner at the entrance, we were good to go!

If you’re from other parts of Singapore and wishes to come to Sentosa Island via public transport, you can take the MRT and get off at Harbourfront (NE1/CC29) MRT. You can exit via Vivocity Mall and take the Sentosa Express Monorail on Vivocity Mall’s Level 3 or walk along the Sentosa Boardwalk. There are signboards to point you to the right direction.

Alternatively, you can also take the bus to Resorts World Sentosa via these buses: RWS8, 188R, 963R. In case these buses are not available at your location, there are connecting buses which you can take by checking the bus routes that are displayed at your bus stop (most bus stops have this route map so be on the lookout).

Another way would of course be taxi or Grabcar but I have to warn you, it could be a little pricey.

Having Fun In Universal Studios Singapore

For theme park enthusiasts like my husband and I, we didn’t have problems navigating in Universal Studios Singapore. With the theme park’s map in our hands (that we took near the entrance), we planned which “house” to enter first and which live show to catch. 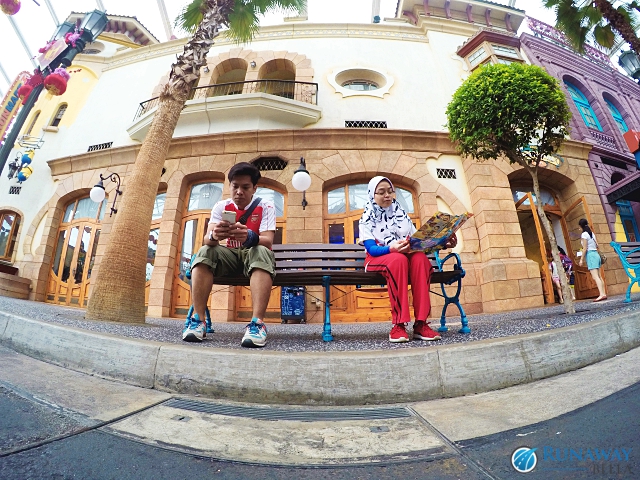 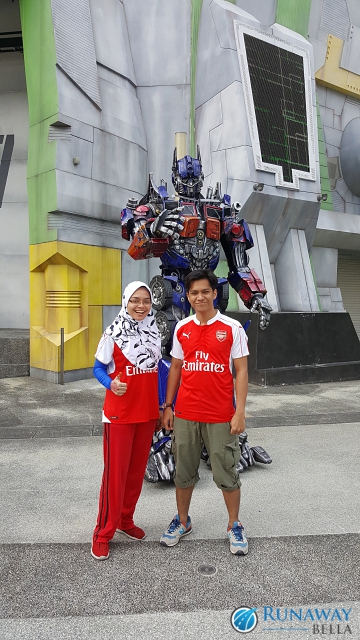 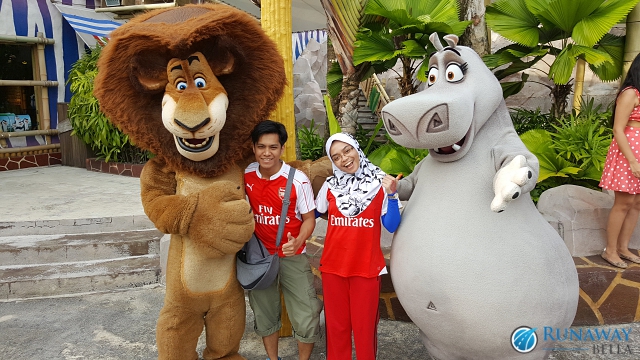 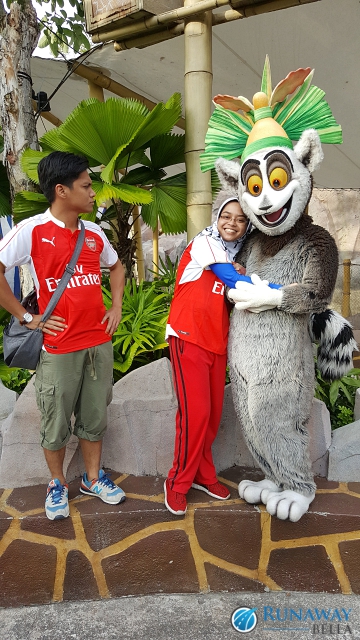 The queue time did throw our plans off a little, especially on the popular rides like Transformers, Battlestar Galactica’s Cyclone (rollercoaster) and The Mummy. When when that happens, we have to reshuffle our plans again. Funny, but USS turned us into better time planners. LOL!

My favourite of all the attractions would be the Waterworld, Transformers and The Mummy. Of course other attractions and performances were equally interesting too, like Bboy dances, Sesame Street show, “Lights, Camera, Action!” session, Shrek and Donkey and others.

Personally, I prefer the adrenalin pumping rides and shows more and trying to cover the whole of Universal Studios Singapore requires stamina and one whole day to finish, I must say. 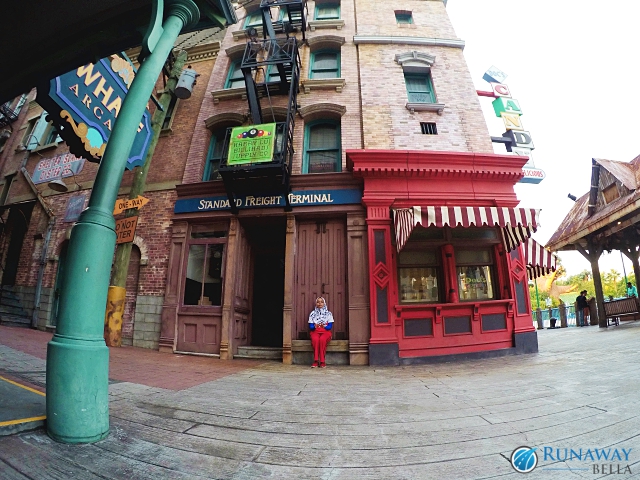 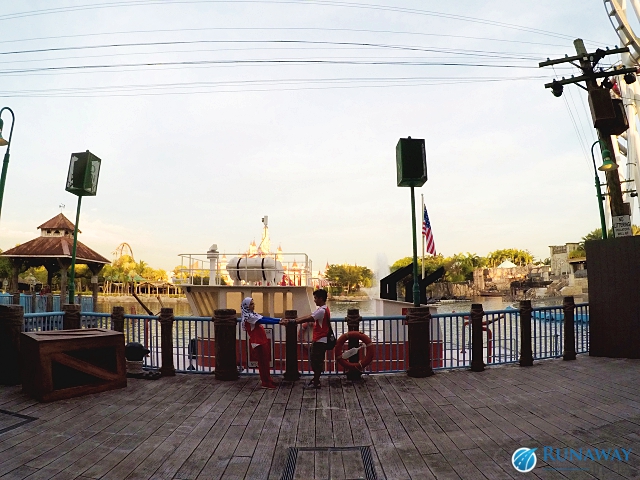 Food in Universal Studios Singapore are very easy to find, having restaurants and cafes or stalls at each section or points. The food ranges from pizzas, pancakes and ice creams, Middle Eastern food, burgers and fries, nasi campur (mixed rice) and many more.

Rest assure though, there are 5 eateries in Universal Studios Singapore that are certified Halal by Singapore’s MUIS (Majlis Ugama Islam Singapura/ Islamic Religious Council of Singapore) and are easy accessed by patrons of USS.

Restaurants with Halal certification and logo in USS are:

Muslims also need not worry on missing their prayers as they’re having fun at Universal Studios Singapore because there’s a Muslim Prayer Room available for both men and women (separate of course) in Sci-Fi City, right next to the Battlestar Galactica’s lockers. Both rooms have tap water to take ablution. However ladies, if you’re the type who wears “telekung” (praying shawl) when you pray, do bring your own. The prayer rooms in USS only supplies tap water and prayer’s mat. 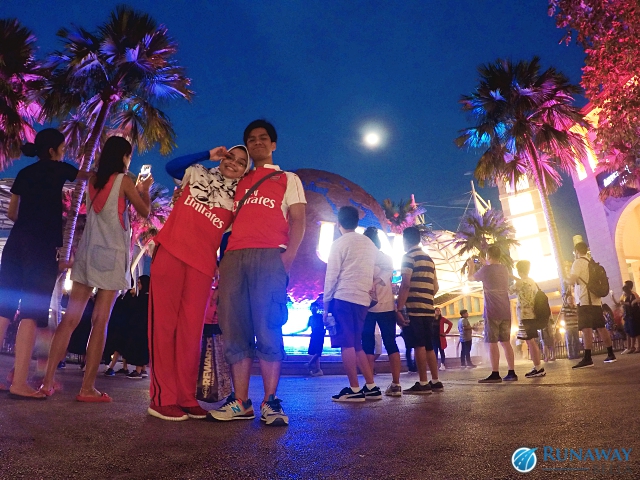 My husband and I ended our day in Sentosa Island by walking towards our hotel via the Sentosa Boardwalk. We were lucky to witness the Crane Dance along the way, as the wind cooled off our faces. It was a very fun day out and a good night’s sleep will certainly help before our second experience at USS for the Halloweend Horror Nights 8.