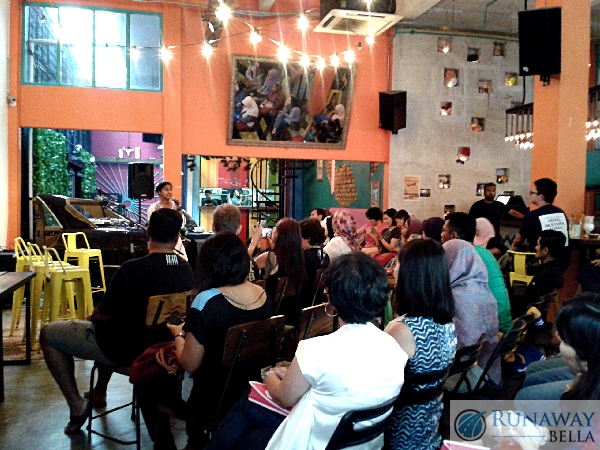 This was the first time I ever joined Travel Bloggers Meetup by Sedunia Travel, although the event itself is not new to travel bloggers in Malaysia since it’s first gathering in 2012. Each year I’ve heard of the new things my travel blogger friends have learned from these meetups and each year I couldn’t spare the time to join, until this year.

I first saw the news about the Travel Bloggers Meetup 2015 on Twitter by a fellow travel blogger whom shared a link of the Facebook event. I RSVP-ed at the last minute too, since I only found out my appointment on the event day was cancelled. Luckily, there was still a slot for me. We were asked to RSVP for the event – easier for them to get head count and to prepare the free food and drinks. 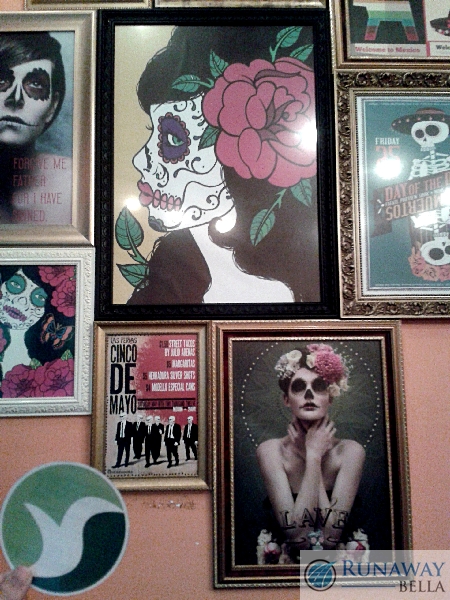 Located at Jalan Mesui, Kuala Lumpur, my trusted Waze companion brought me right to the doorstep of Calavera Bar & Restaurant (okay, maybe I had to circle the place one time because I missed the turn – it was a one way street – and it wasn’t Waze’s fault). The first thing I noticed when I was outside the bar was the human skull paintings. Why? The name Calavera, fancy as it sounds is Spanish, translates as “skull” in English. There are many colourful and pretty skull photos and mural in this bar.

Greeted by the friendly staff of Sedunia Travel, I registered my name, wrote it on a name tag and received a goody bag. The name tag was taken for a “fun game later” so the next thing I did was head over to some friends who was already there and started mingling with some of the other guests.

We had an hour, between 3pm-4pm to mingle, make new friends and just hang out to settle everyone comfortably.

When we first arrived, our name tags was kept for a game session. After an hour of mingling and settling down, the first session began with an ice-breaking game. 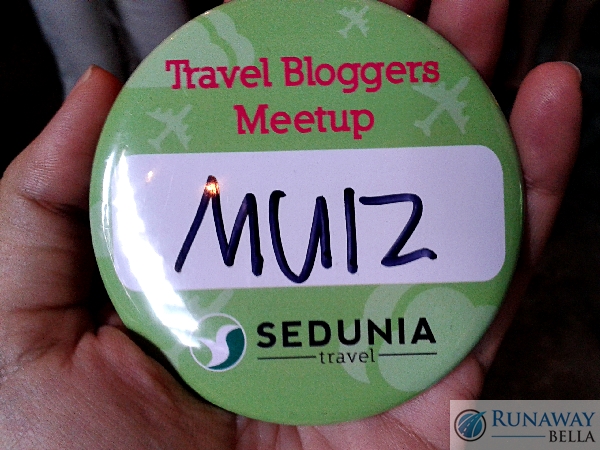 The names that we wrote on our tags were placed in one big box before we have to take a name tag (not our own) and look for the owner of that name tag. I got myself a Muiz but along the quest of finding Muiz, I met a Michelle, RT, Crip, Vlad, Masitah, Bella (another Bella) and Salhan. It was a lot of fun actually. I eventually found Muiz but before that I managed to joke with Vlad from Romania on him being Count Dracula, talked to Mas about her recent backpacking trip and maybe secured myself a slot (or two) as a guest writer in this near future.

The talk session started soon after, with a panel of four speakers, three of whom I am already associated with and the fourth, I just met on that day. 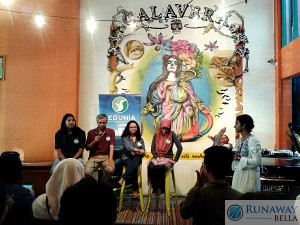 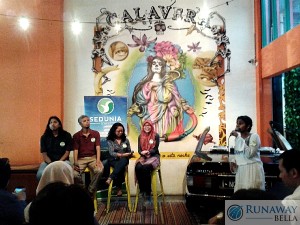 The theme of the talk session was “6 degrees of travel” and it was a very relaxed and interactive Q&A session.

I recalled that one of the ways to get a cheap place to stay is by being a part of the couchsurfing community. So far, couchsurfing has had good feedback from budget travellers or backpackers and the community is growing. I, personally, have never tried couchsurfing. The cheapest place I’ve stayed at during my budget travels are hostels. I am not a backpacker however, and I don’t usually look for the very lowest travel of plans. 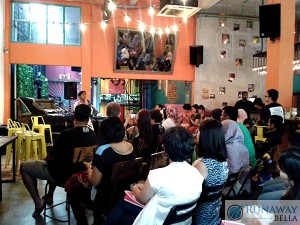 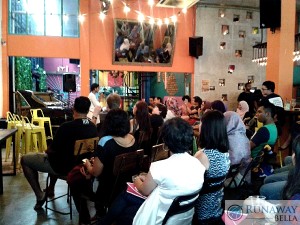 There were so many other topics that was talked about. The speakers also shared their experiences and moments of “terror” that they were involved with.

Menk was in Nepal during the disastrous earthquake in April this year and he shared how sad it was to see the loss of families, lives and homes. RaW shared with us that Syria was one of his favourite places to go to, before the war, saying that it was beautiful and serene. Anis advices us that the best way to learn about a foreign city is to make friends with the locals because most locals are friendly and very helpful to foreigners – as long as we remember to be alert and careful always, too. Jard enjoys mountains and hikings so she picks Indonesia when asked what is her favourite country to go to and why.

But one thing I whispered to Irene jokingly before they wrapped up the talk was, “Does being a frequent traveler means we’ll be single forever?”

Well, because all the speakers are single and most of the travel bloggers at the Travel Bloggers Meetup are single too. *insert laughing icon*

The Iced Lemon Tea free-flowed since 3pm and after the talk session we were also served cute and delicious finger food that I just had to help myself to a second and third helping (not that I was very hungry, they just tastes nice). 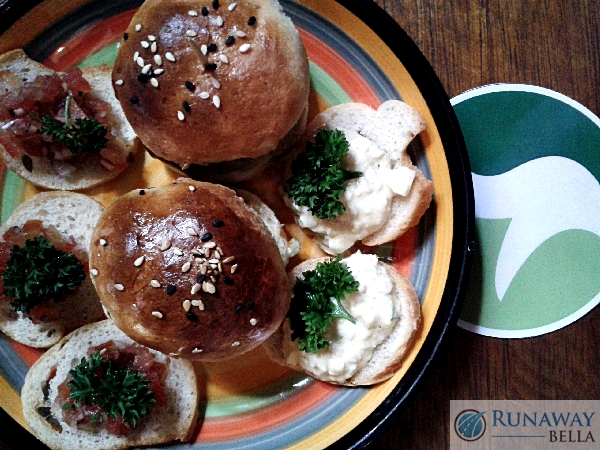 Mingling and personal Q&A sessions continued after that along with selfies, wefies and photo taking for Instagram contest (winning prize is an all-in paid trip to Krabi!).

There’s a saying that “When things are going good, time seems to run from you.” It’s true. Before I knew it, it was already 6pm and one by one, people were leaving the bar. It had been an amazing meetup and glad that I took the time to come and make new friends too. Hope there will be more Travel Bloggers Meetup in the future so that we can share more of our experiences and travel plans.

Thank you Sedunia Travel for organizing this event and thank you Calavera for the venue and food!