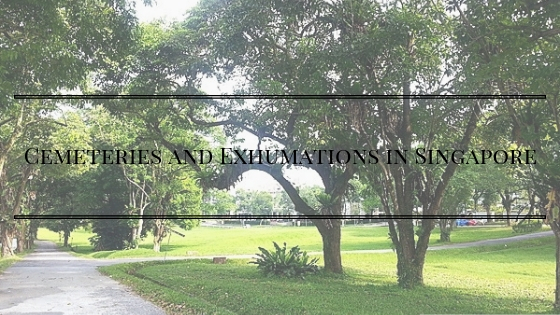 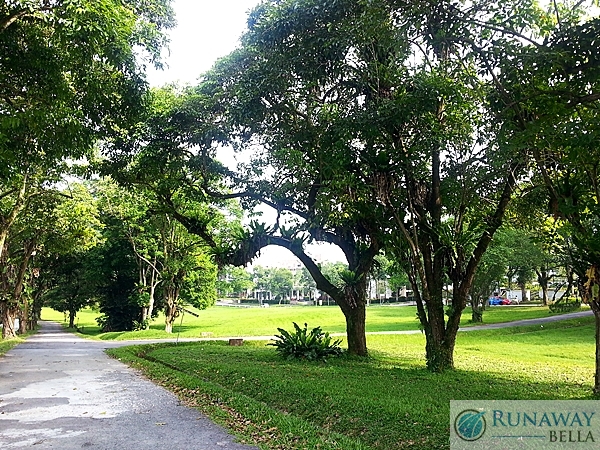 Did you know that in Singapore, graves aged 15 years and above are exhumed? This was requested by Singapore Housing Development Board due to the pressing matter of scarce land and vast development in Singapore. Under the existing soil-burial for Muslims, the existing land in Pusara Aman Cemetery (one of the cemeteries still open in Singapore) is projected to last until 2046 only. However, with the new burial system, the 318ha cemetery will be open for burial until 2130.

In Singapore, the remains of eight deceased (claimed remains) are gathered and buried together in one same new grave (or crypt). Those eight will be the remains of related deceased.

For unclaimed remains, 16 unclaimed deceased are buried into one crypt.

Here is a simple graph for your better understanding : 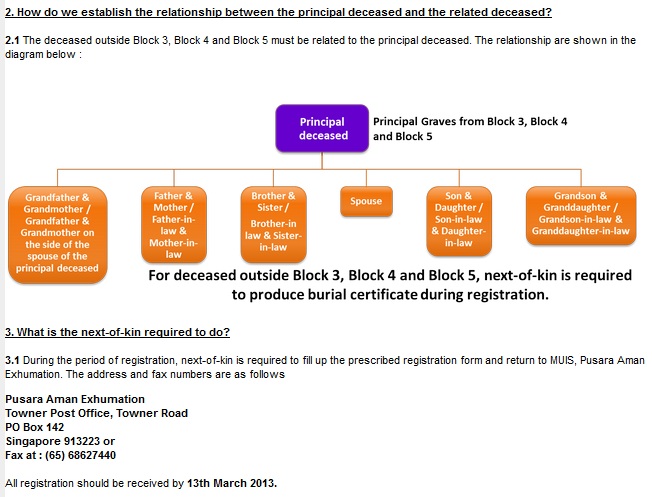 When we first received the call about exhumation procedure on my grandfather’s grave two years ago, we started looking for other seven names that will join him in the new burial ground.

My Grandfather passed away in 1981 which makes it more than 30 years ago. He was buried at Pusara Aman Cemetery, Block 4. He will be relocated to Pusara Abadi Cemetery, which is about 10 minutes drive from the current cemetery.

This is how Muslim graves looked like before exhumation. 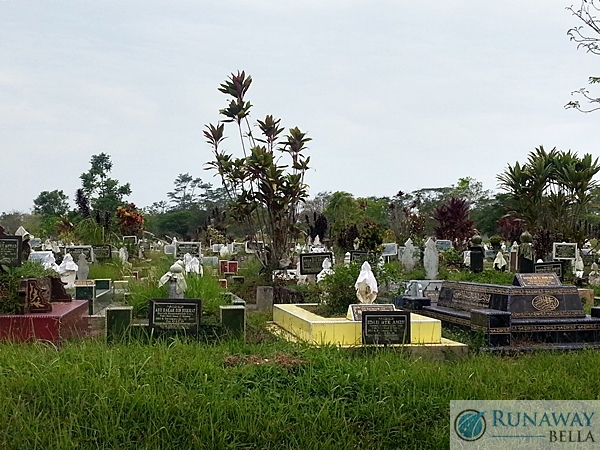 My family and I arrived at Pusara Aman Cemetery, a part of the Choa Chu Kang Cemetery Complex and gathered for briefing at the surau of Pusara Aman around 10am. About 45 minutes later, we were informed that exhumation process has started and we went to my grandfather’s grave – a 3 minutes drive from the surau – to bear witness the exhumation process.

Bulldozers can only be used at easily-accessible locations. Since my grandfather’s grave block is further in and not accessible to any type of vehicles, manual grave digging is done.

It took almost an hour and a half for the grave digger to get to the remains. We witnessed him uncovering the grave as he asked our permission to collect the remains of my grandfather. Each grave digger is provided fresh white linen to place any remains of the deceased. After he had gathered all the remains and we acknowledged that there are none left in the grave, the while linen is sent to a station set up nearby to clean the remains before the white linen is tied and placed with the other 7 names that will be buried together.

It was a very sad and sombre moment for us all.

After the remains of all 8 deceased are cleaned and gathered, we were informed of the new burial site block number at the Pusara Abadi Cemetery.

The new burial ground involves concrete beams and walls installed in graves to form a crypt. After the remains are lowered into the grave, they will be covered with some soil before a grass-covered concrete lid is used to seal the grave. The crypt looks something like this : 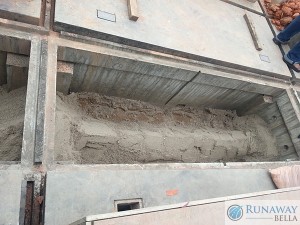 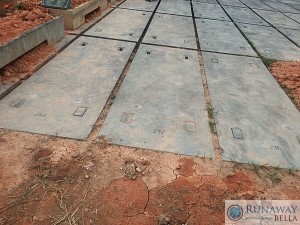 There were about 7 or 8 open crypts and other family members present at the new site. Each family member of the 8 remains that were collected will wait for their turn for the burial. Family members of deceased will gather together when shrouds are being placed in the crypt one by one. After all shrouds are placed in the crypt, they are covered with soil and an ustaz (a religious man) recites verses from the Quran as we prayed along with him.

After that, the lid is covered.

A plaque with the names of all the deceased, the block and plot number will be placed on top of the grave after it is properly covered with soil. 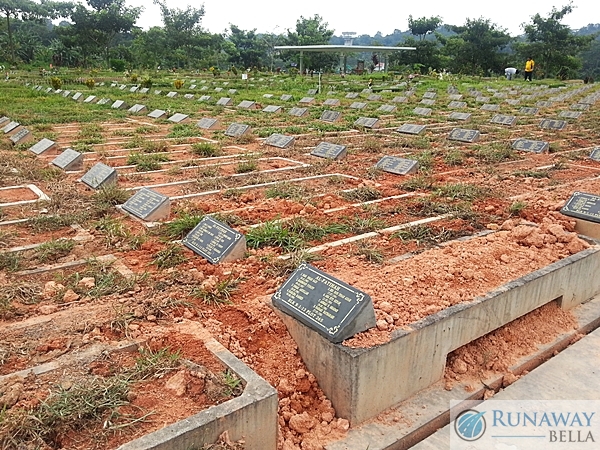 We were warned not to place any adornments, chairs or anything else on the graves. Those who placed plastic fences (like the photo below) will be removed without warning.

The whole exhumation process ended around 3.30pm. In total, it took about 5 hours for the process to complete.

Before we left the cemetery complex, we visited the Catholics, Protestants, Persians, Jewish and Lawn Cemetery opposite the Muslim Cemetery. 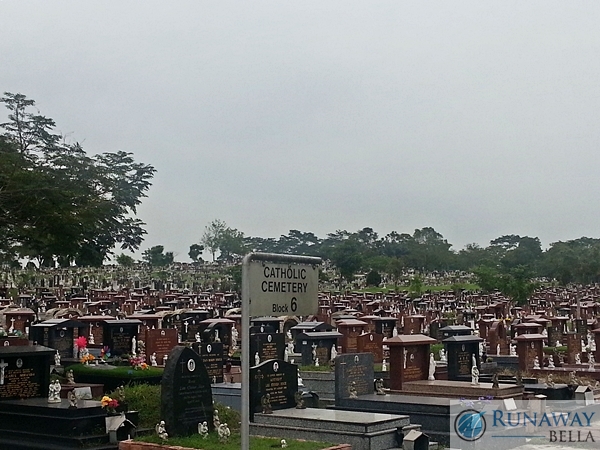 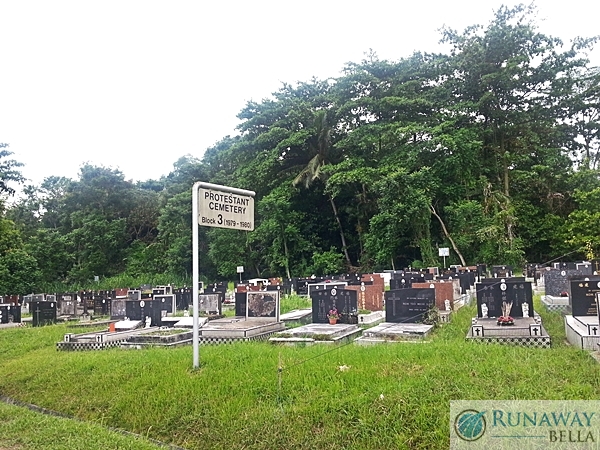 The Christians are divided by sects and so are their cemetery. This is the Protestant Cemetery, although they looked similar to the Catholic Cemetery, they are not the same. As usual, the graves were separated by different number of blocks according to the years the bodies were buried. 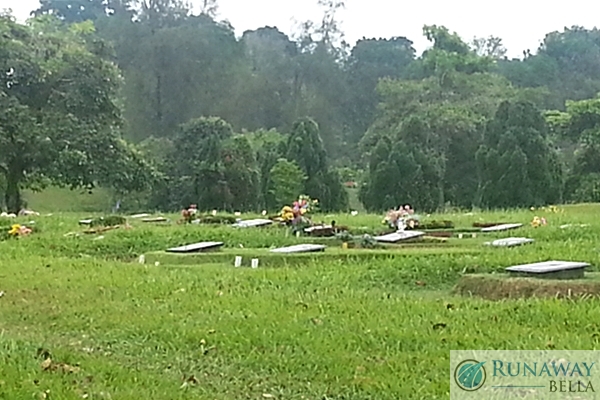 The Lawn Cemetery is a Christian Cemetery but these are the exhumed remains. The new Muslim cemetery at Pusara Abadi Cemetery looks similar to this. 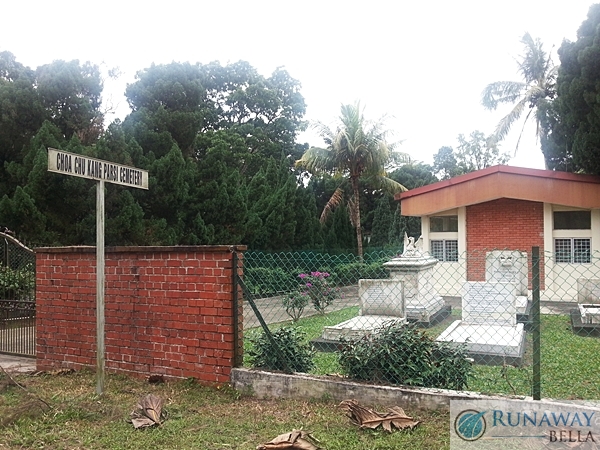 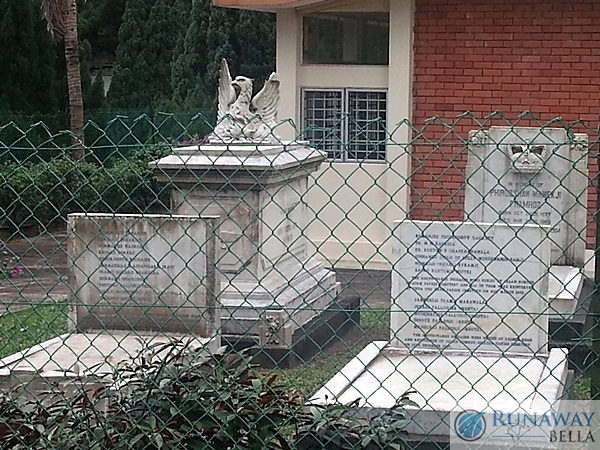 I have never seen a Persian Cemetery or tombstone before so this was a first time for me. The tombs are in a gated section and the gate was locked so I couldn’t go in to explore the writings on the tombstones. 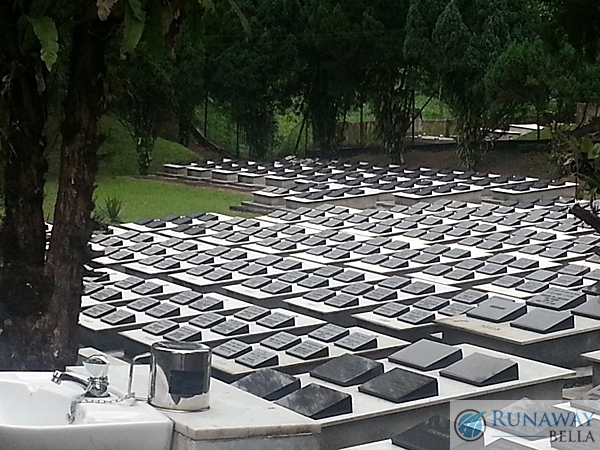 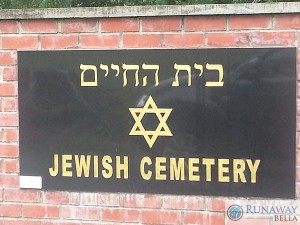 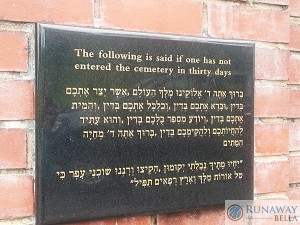 Just like the Persian Cemetery, the Jewish Cemetery is in a gated section and locked. It didn’t seem like there were anybody near the area and so, I only managed to take a picture of the cemetery from outside. The Jewish cemetery is bigger than the Persian cemetery but not as big as the Christian cemeteries.

I was wondering what the Hebrew words written on the signboard meant. Does anybody here read Hebrew?

There are other cemeteries at Choa Chu Kang Cemetery Complex which also includes the Chinese Cemetery, Ahmadiyya Jama’at Cemetery, Bahá’í Cemetery and Hindu Cemetery but due to limited time, we didn’t visit them.

25 thoughts on “Cemeteries and Exhumations in Singapore”