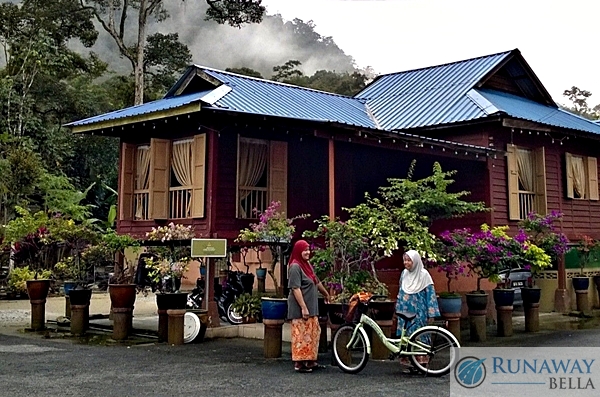 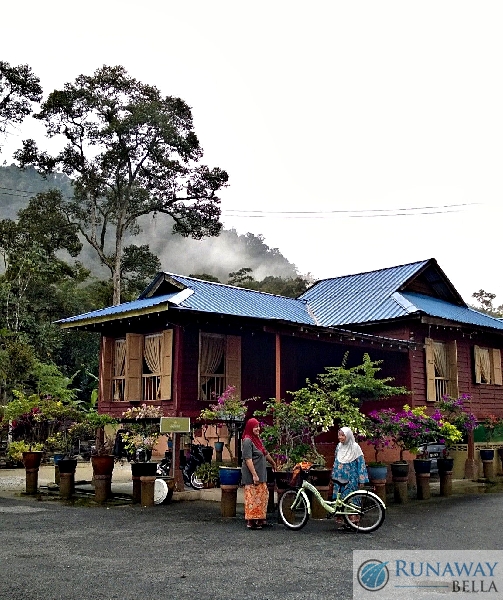 I’ve always loved arts and crafts but the Mini Craft Carnival at Orchard Santika Homestay last November was slightly different than the artsy fartsy of felt sewing or accessories making. The craft festival was more of a traditional Malay craft, displaying Malay weaponry, food-making, traditional clothing and even mock-wedding of the Malays – complete with the whole costume and all.

The carnival however, did not stop there. There were some traditional folks games available, some cooking competition, a Nasi Ambeng preparation and Cukur Jambul celebration.

Welcomed with the sound of kompangs as we stepped into Orchard Santika Homestay’s compound, we settled into our seats as we were entertained by performances of the Orchard Santika’s own Kompang Group, AJAS and music played with the Angklungs.

After a short welcoming speech and some refreshments, we were then brought to tour the mini carnival.

Have you ever seen a Malay wedding? Do you know that songket are prominently used for the costumes in Malay weddings because it shows status and rank? Songket are not cheap because they are handwoven in silk or cotton in intricate designs. In Malaysia, the best and beautiful songket can be found in the state of Terengganu. 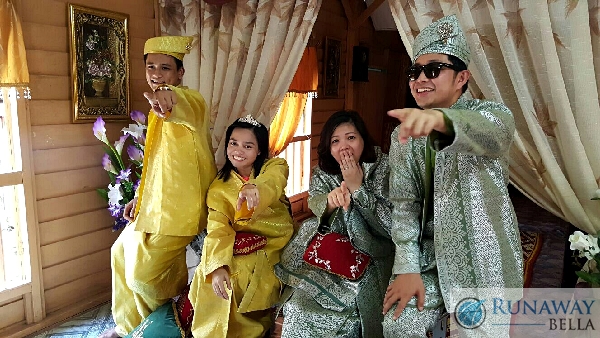 We were also brought to experience hands-on on dodol making. Dodol, being one of the delicacies much sought-after during festivals are not easily prepared traditionally. It requires hours of mixing the dodol in the large wok to get the nice sticky texture and for that equal flavoured taste. The taste and texture is not the same when it is made in machines.

Folk games were everywhere – batu seremban, tutup botol, sepak raga and many more. There’s even a rubber tapping demonstration for us all.

There were two competition prepared for us at the homestay :

My group only managed to answer 7 spice names in 60 seconds but we did finish making both the kueh even though it was raining cats and dogs and I was ankle deep in water as I’m frying the Kueh Tumpi. Kueh Tumpi is very similar to Rempeyek, the only difference being that it does not use ground nuts but green beans. 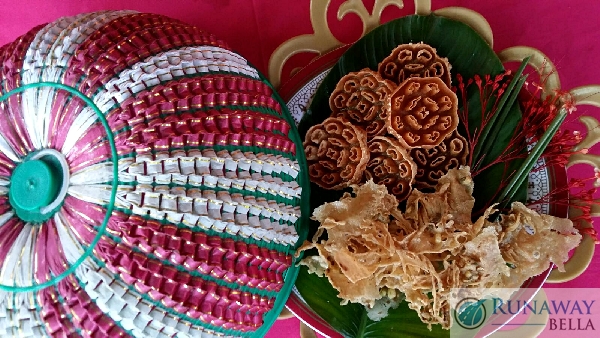 We didn’t win either competition though, sadly.

Rewang and Cukur Jambul Ceremony in the evening

Rewang is a sort of activity where everybody team up and work together to complete a task. An activity that is commonly found in villages when there are weddings or festivals. Folks in villages will come together and help each other so that the tasks can be completed quickly and burden shared together and this is not an uncommon practice at Orchard Santika too.

It is a fun thing to do, especially when you’re doing it with friends.

I have tried Nasi Ambeng a few times before but the Nasi Ambeng at Orchard Santika was slightly different than some that I have tried – in terms of preparation. We were also told that the reason the Nasi Ambeng was prepared as such was so that it would be easier to pack them home. Want to know how the older people used to pack Nasi Ambeng to take home? Watch the video below:

Last but not least, it was the ceremony of the night at Orchard Santika that I have never experienced before – cukur jambul. 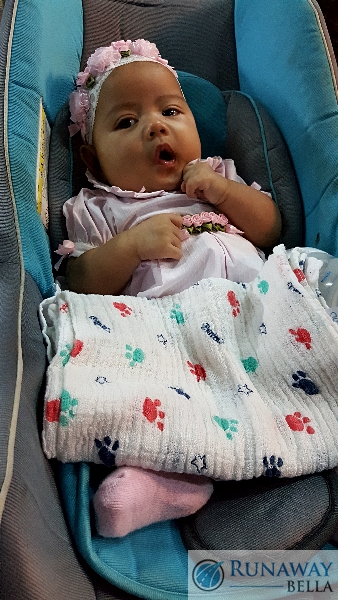 Baby’s cukur jambul (or directly translated as “crown shaving”) is usually done after the mother’s 40-day confinement period has ended. It is Malay custom that the baby be placed in a beautifully decorated crib in the middle of the house or space, to make it easily accessible for guests to see. The baby is usually carried by the father, showed around to the male guests where some will cut a few short strands of the baby’s hair. This is accompanied by recitation of Quranic verses and praises to the Prophet Muhammad (pbuh). 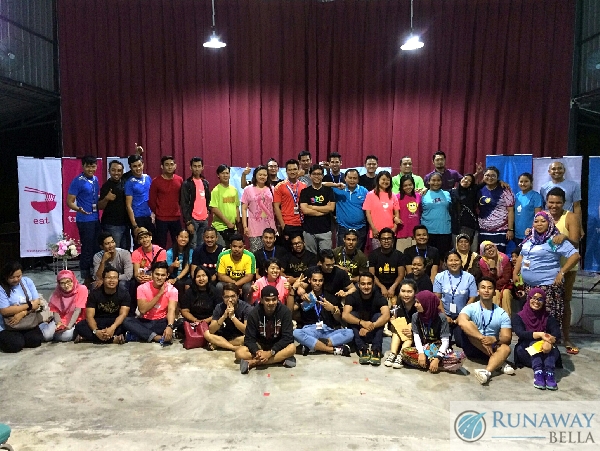 This event was made possible by Gaya Travel Magazine in conjunction with Eat.Travel.Write Selangor Culinary Adventure 2.0.