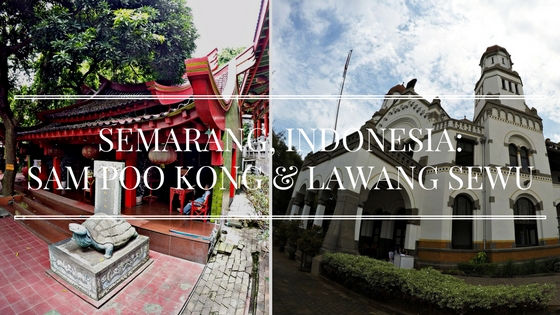 The weather was bright and sunny when I arrived in Semarang, Indonesia last November. Semarang’s Achmad Yani Airport was a little pack that day. The two wooden immigration desks where they stamped my passport made me feel nostalgic.

It was a 5 Days 4 Nights trip to Indonesia and the city of Semarang, Central Java, is the first city I went to. On my first day, I visited Sam Poo Kong Temple and Lawang Sewu. The distance of these two places are close enough for anyone to visit on the same day.

Tip: If the weather was hot though, do remember to bring some water, hat and maybe hand fan. 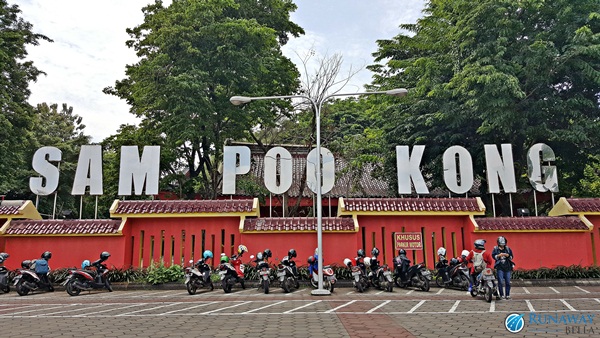 Sam Poo Kong Temple, or Sanbao Dong is located in Bongsari, West Semarang. It is known to the locals as Gedung Batu Temple, on a land of over 3.2 hectares.

Being one of the oldest Chinese temple in Semarang, Central Java, it was established by Chinese Muslim explorer Admiral Zheng He (also known as Cheng Ho or Sanbao). As history would relate it, Admiral Zheng He arrived in Semarang in between the year 1400 and 1416 (there is no confirmed date), via the Garang River, very nearby the temple.

The temple complex is large so it is not unusual that there are more than 1 temple inside. Worshipers who comes here to pray will choose which temple that suits their beliefs and requirements.

The temples here are called:

Notice the word “Kyai”? Kyai is a Javanese word that means expert. The last four temples are dedicated to those people who are expert in their fields. 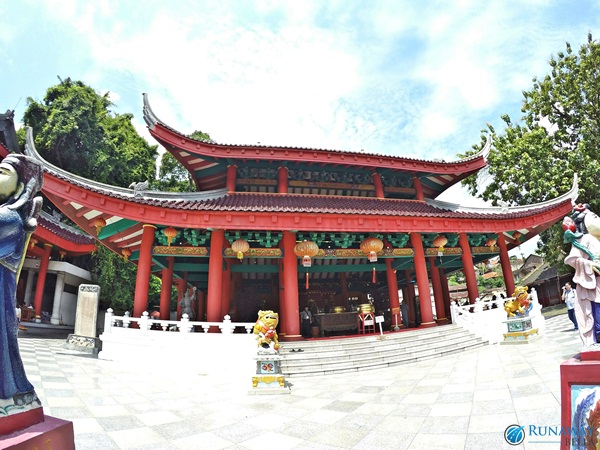 As you enter the entrance gate, you will see Tho Tee Kong first. It is located at the northern end of the complex. Tho Tee Kong is used by worshipers who seek blessings from the Earth God, Tu Di Gong.

Next to Tho Tee Kong is Kyai Juru Mudi Temple. Juru Mudi is an Indonesian word for Rudder Expert. The temple is dedicated to Admiral Zheng He’s deputy, Wang Jing Hong who is buried here. Oftentimes, worshipers who frequented this temple are those looking for success in business.

The Main Temple is located in front of the Sam Poo Kong Cave, south of Kyai Juru Mudi Temple. Inside the cave, there is an altar and fortune telling equipment to learn of one’s fortunes. In one corner of the cave is a well that is said to never go dry and has healing properties. The well is closed now and the water is not allowed to be touched or drink.

Next to the main temple is Kyai Jankar Temple, named after Admiral Zheng He’s anchor. Believe it or not, the original anchor of Zheng He’s ship is kept and preserved in this temple, with an altar for Zheng He’s crewmen who died when fulfilling their duties.

The southernmost end of the temple complex is Kyai Cundrik Bumi, a temple used to worship weapons used by Zheng He. Mbah Kyai Tumpang is a small prayer site nearby Kyai Cundrik Bumi where people go to pray for their well being. 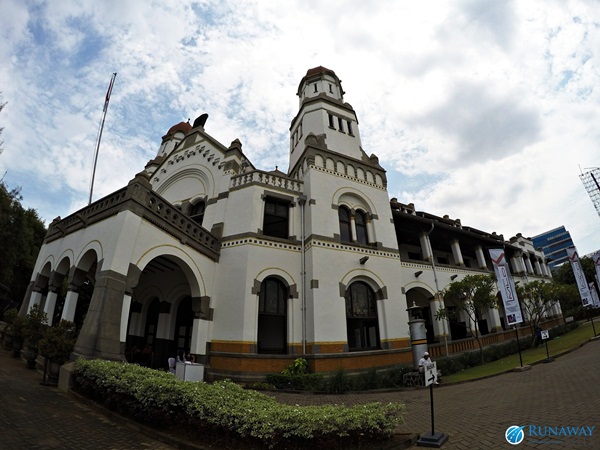 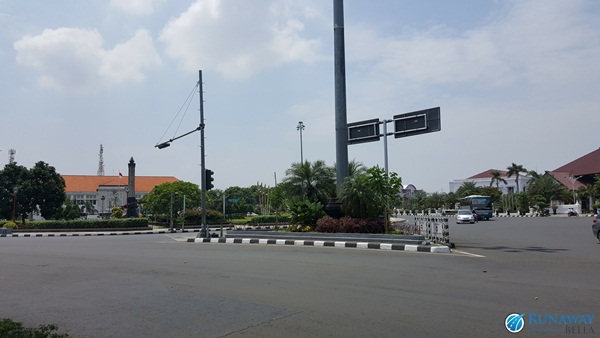 Having visited Sam Poo Kong temple, I boarded the bus and headed to Lawang Sewu. It is located East side of Tugu Muda roundabout, at the corner of Pandanaran Street and Pemuda Street of Central Semarang.

The name Lawang Sewu is actually translated as “Thousand Doors”. Although there are not as many as thousand doors here, but the complex that house buildings A-D, is said to have almost 600 doors. The doors work as both doors and windows for air-circulation. 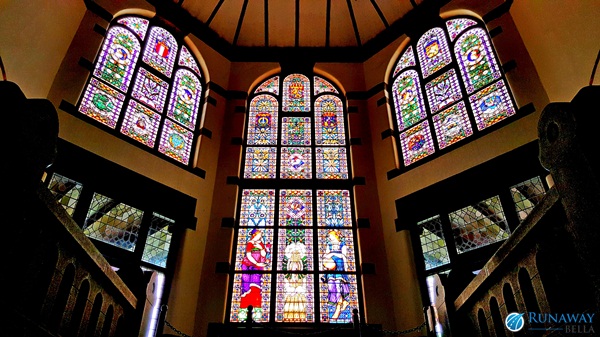 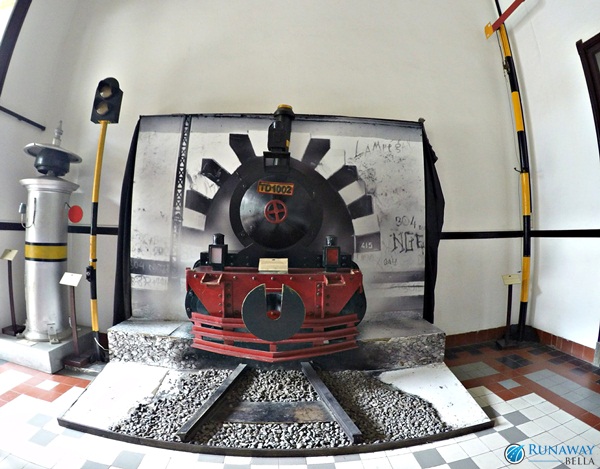 Building A and B are the two main buildings in this complex while Building C and D are the smaller ones. I find the large stained glass windows and grand staircase in the center of Building A to be very beautiful. Building B, on the other hand is three stories in height, where 2 floors were offices and third, a ballroom. Nowadays, the ground floor of Building B is turned into a mini-museum on Ambarawa and mini exhibitions are set up there too.

Design and History Of Lawang Sewu 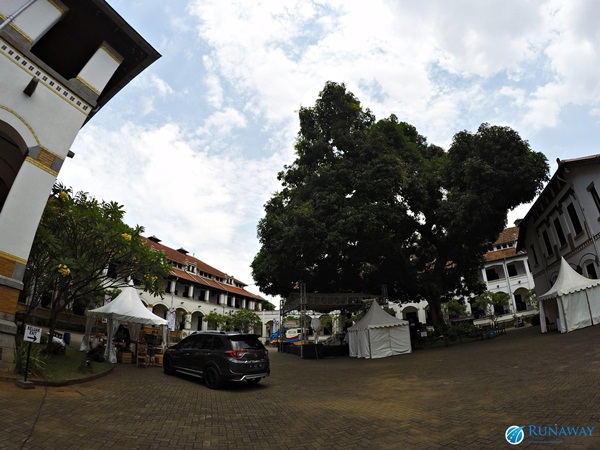 Lawang Sewu was designed by Cosman Citroen in New Indies Style. This is described as a transitional style between Traditionalist and Modernist because it was built to integrate classicism and new technological possibilities. The building was used as headquarters of Dutch East Indies Railway Company. The floors are made of cool marble stone to help cool the temperature indoors.

In 1942, when the Japanese invaded Indonesia, Lawang Sewu Building B’s basement is turned into a prison. It is said that some executions took place there too.

When the Dutch managed to reclaim it in 1945, they did it by taking the tunnel leading into Building A that leads back to the city. During the incident, 5 Indonesian workers died. In memory of these workers, a monument was erected in front of Building A. 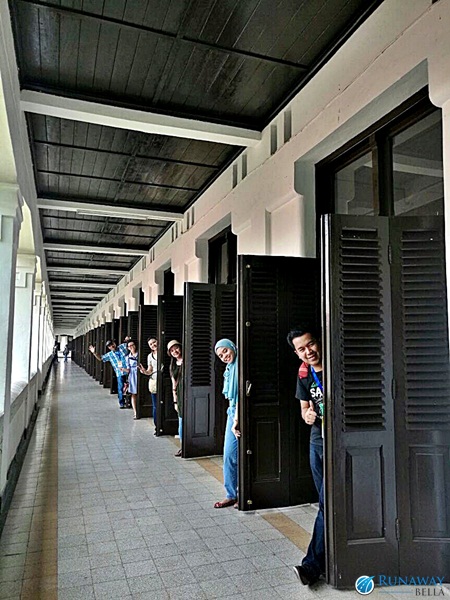 There are many ghost stories or paranormal activity sightings told by visitors to Lawang Sewu. I did not experience it first hand, although I did feel odd when I was alone in the large room – especially the top-most floor.

Although the government of Semarang have tried to divert the focus of ghost stories to other things related to Lawang Sewu, it doesn’t help that some of Indonesia’s most popular ghost movies are of Lawang Sewu and the Kuntilanak (vampire) living in it’s basement.

It is true that the basement of Building B is dark, damp and gives you goosebumps when you look down at it (since you cannot go down there anymore), so maybe this is how the ghost stories came to life. Not to mention that this was also the place where some Japanese prisoners were executed. If you’re not strong in spirit, try not to wish for paranormal sightings to occur.